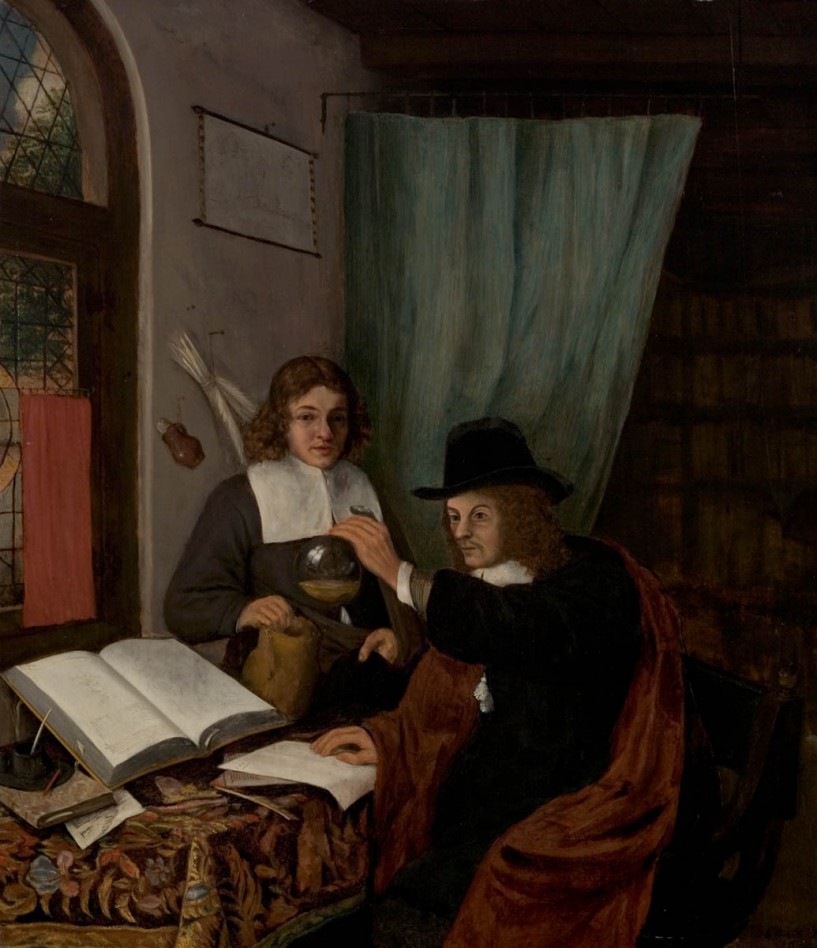 Uroscopy, also known as ‘casting the water’, was a common method of diagnosis. It involved the use of a patient’s urine to determine the nature of their illness. The smell, colour and crown (top) were examined, as well as any unusual elements. The colour could be compared to a uroscopy colour wheel to aid diagnoses. The urine was examined in a specially made glass known as a ‘matula’. The glass in the matula needed to be of uniform thickness and colour, so as not to alter the appearance of the urine. This was an easy, low-cost and painless method of diagnosis. It could also afford a degree of anonymity since patients could send their urine with a carrier known as a ‘pisse-messenger’.

Already by the early 1600s the practice was widely condemned by learned physicians, despite its grounding in Galenic theory, and diagnosis by uroscopy alone was forbidden. One reason was that diagnosis by urscopy ignored the other possible symptoms of the patient.

Learned opinion turned against the practice before popular opinion however there is plenty of evidence of patients demanding that their doctor receive their urine, with many obliging.

A Doctor Casting the Water