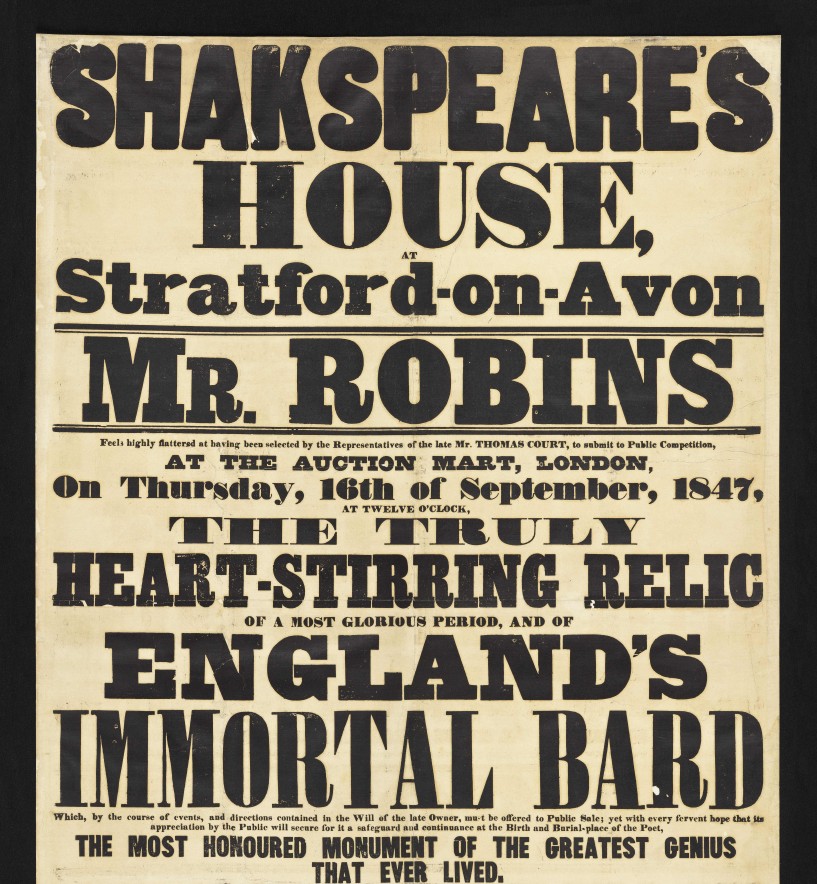 1. An auction is announced

In 1806 ownership of William Shakespeare’s Birthplace passed from the Hart family, descendants of Shakespeare’s sister Joan, to butcher Thomas Court. He died in 1818 leaving his wife, Ann, a life interest in the property. Following her death in 1846, it was announced the house would be sold at public auction with the proceeds going to the remaining heirs.