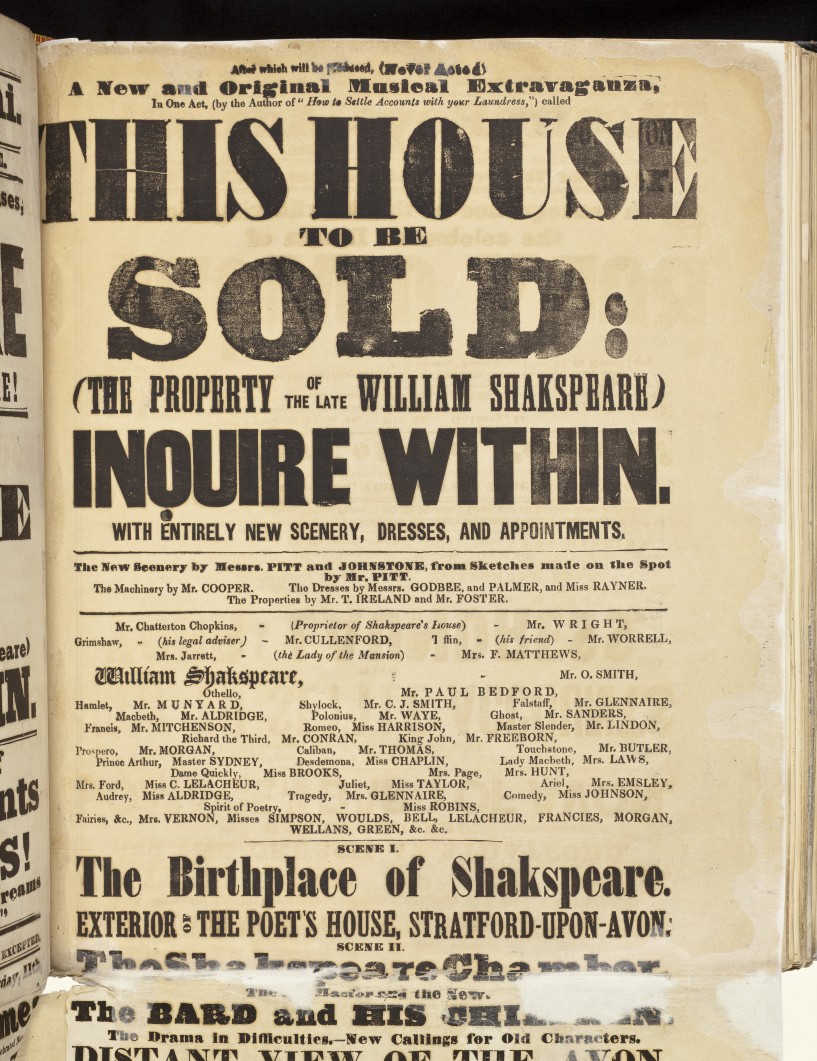 10. Shows inspired by the sale

Brand new theatrical performances were inspired by the sale and public enthusiasm for anything connected with Shakespeare.

J S Coyne wrote a new, one act, musical comedy entitled This House to be Sold. It was performed 87 times between 9 September 1847 and 25 January 1848.

A new play, Shakspere, His Life and Times, ran from Monday 23 August 1847 all week at the New Strand Theatre in London. The main attraction was the opening scene which featured a huge view of the Birthplace engraved on wood. 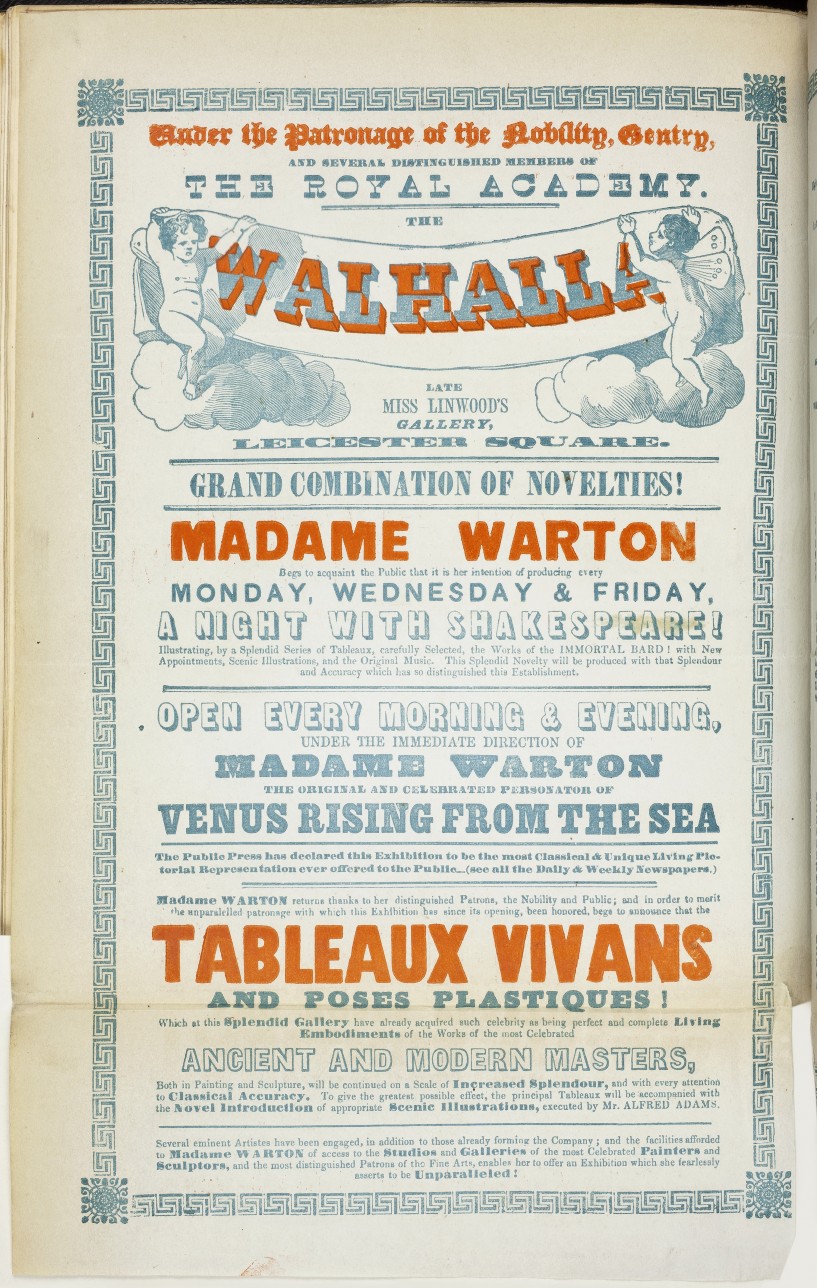 Poster promoting Madame Warton's A Night with Shakespeare!, a series of tableaux illustrating scenes from Shakespeare's works and featuring original music. The poster describes it as a 'splendid novelty'. 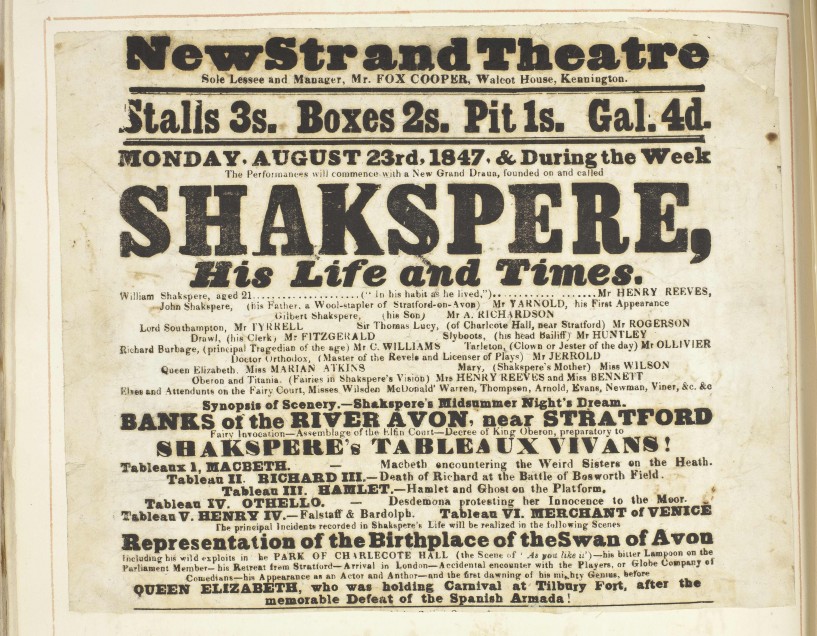 Extract from a performance poster, 1847

Poster advertising the play Shakspere, His Life and Times.