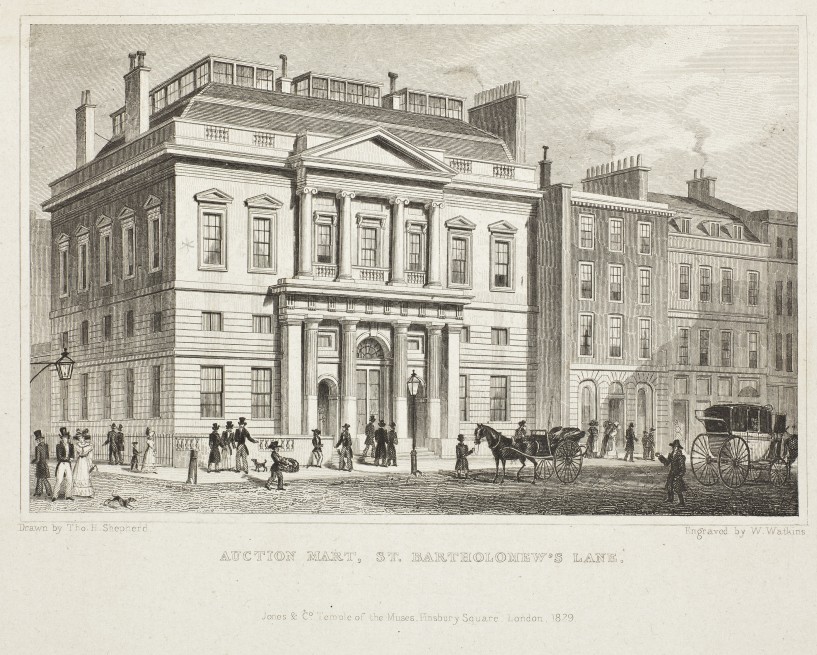 As the sale date approached, the Stratford and London committees joined forces but donations were not as large or numerous as had been hoped. Despite estimates in the newspapers that it would cost £5000 to buy the building, by the 11 September they had only raised about £1700. Some of this money went to purchase the cottages adjoining the Birthplace, leaving in the region of £1000 for the sale.

The auction took place on 16 September 1847 at the Auction Mart, London. The room was crowded and the sale started over an hour late at 1.45pm. 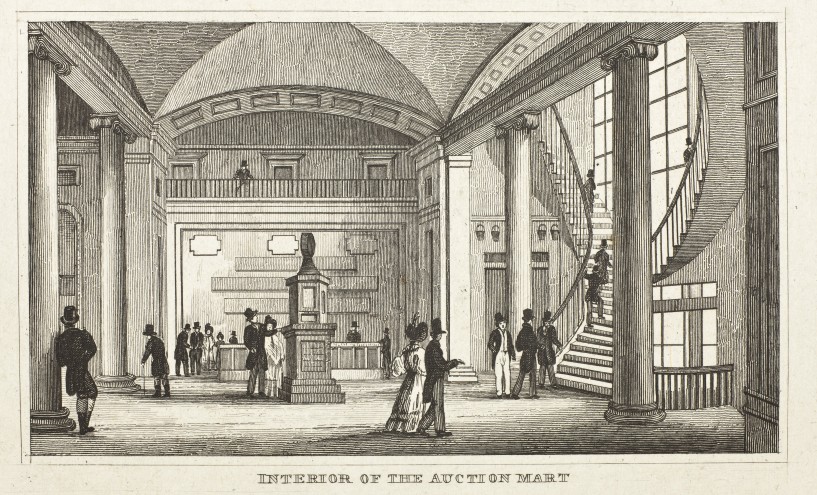 The interior of the Auction Mart, St Bartholomew's Lane, London