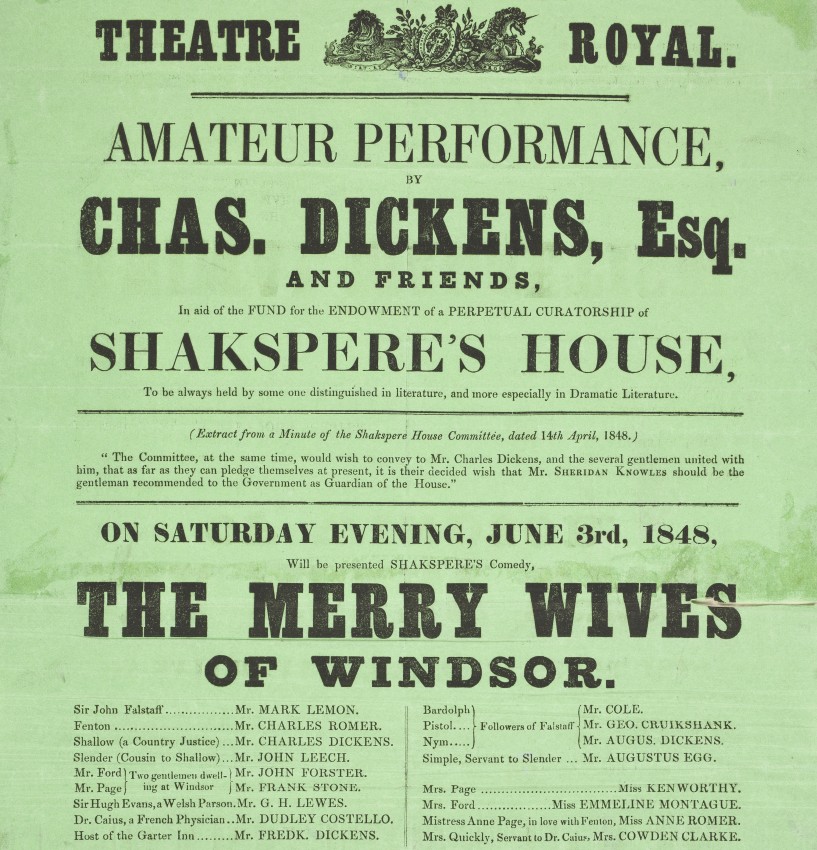 The Birthplace had been saved but after the celebrations died down, the members of the two committees were left owing nearly £2000. To pay off this debt, fundraising continued with appeals, performances and other activities.

A star studded Shakespeare Night under the patronage of Queen Victoria and Prince Albert, took place at the Royal Italian Opera, Covent Garden, on 7 December 1847. The Daily News reported that it was 'a brilliant assemblage of fashionable and distinguished company' and the Charter Gas Company even donated the gas needed to light the theatre. Another Shakespeare Night took place in March 1848 and a grand ball on 22 May.

The Committees’ finally completed their purchase in 1848 with a bank loan of about £500 covering the remaining debt. 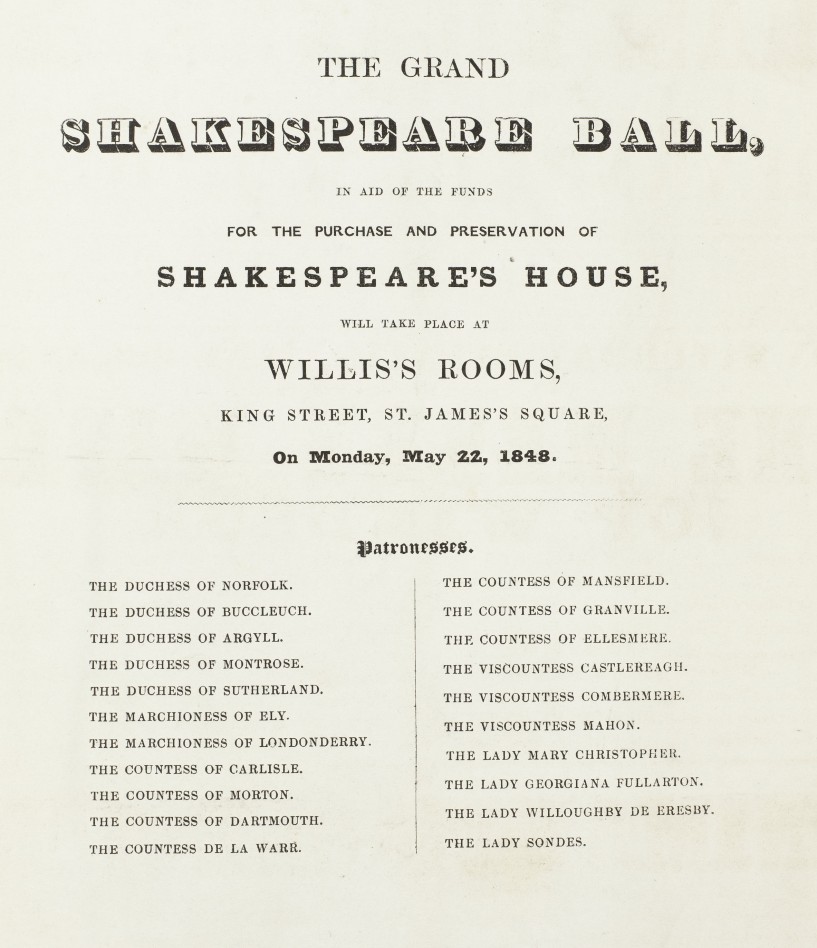 It promised to be a glittering occasion, with 22 titled ladies acting as patronesses. 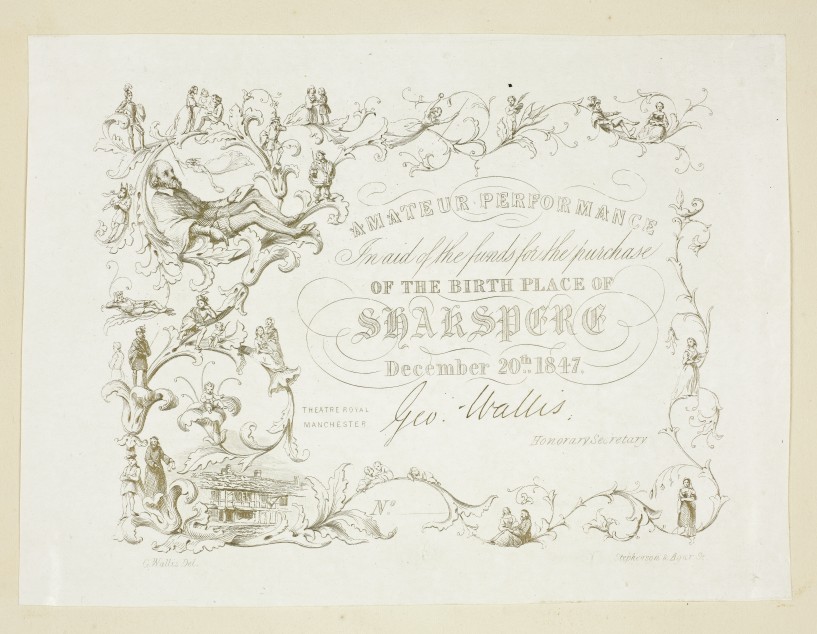 Invitation to a fundraising performance, 1847

This amateur performance was due to take place on 20 December 1847 at Manchester Theatre Royal.

Printed by Stephenson and Agar. 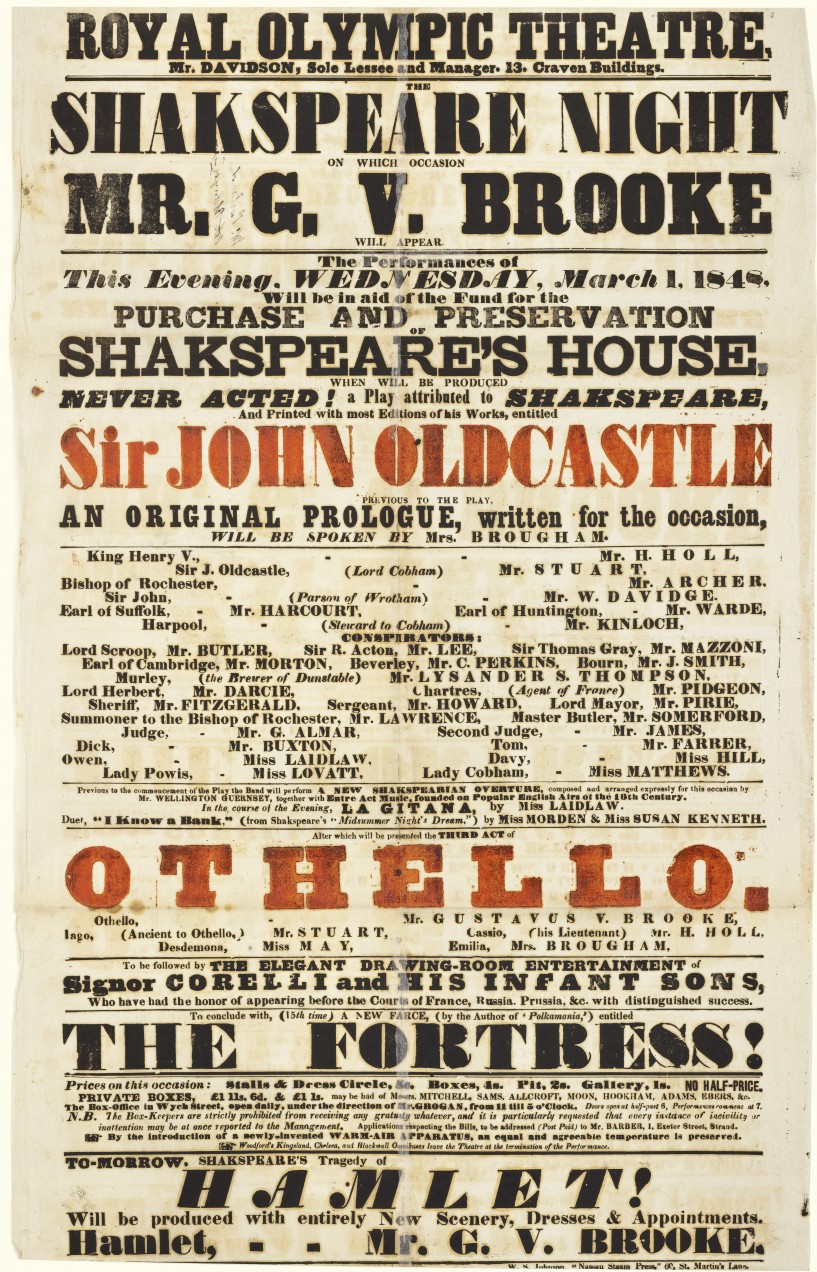