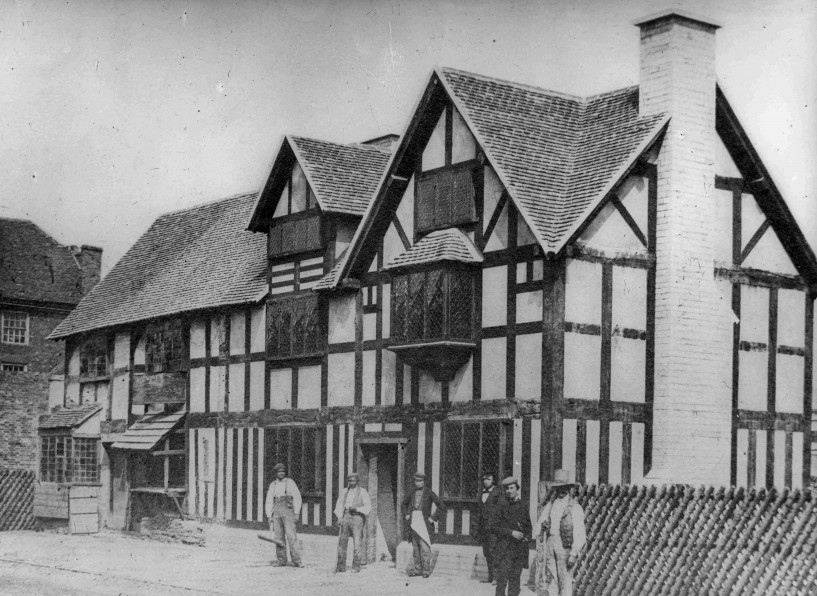 14. The restoration of the Birthplace

Initially the united committees were keen to place the Birthplace into the care of the Government. However negotiations were unsuccessful and they had to make alternative plans. A donor named John Shakespeare, who claimed to be a descendant of William, offered to help financially and the restoration of the house was begun.

Using an early drawing from 1769 as a guide, the red bricks covering part of the frontage were removed and the adjoining buildings were taken down to protect it from risk of fire. A glass roof was suggested to shield it from the weather but this idea never came to pass. 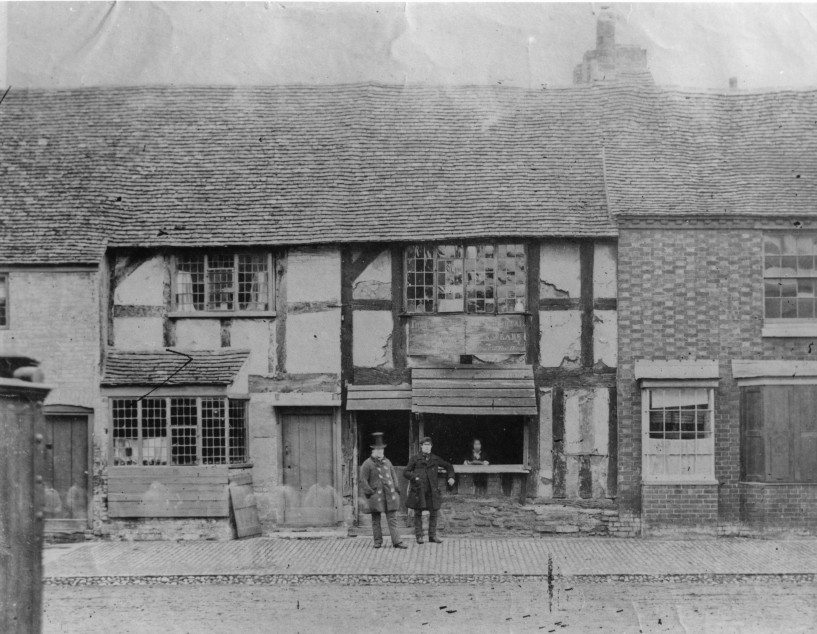 Three years after the purchase of the Birthplace, the building was still in a dilapidated state. Red bricks covered part of the frontage and the adjoining buildings were still very much in place. 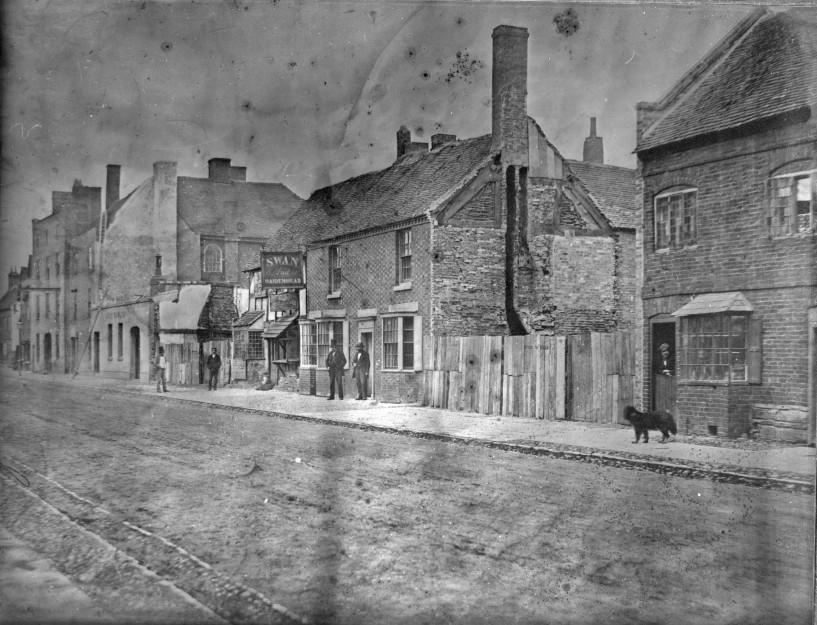 The restoration has begun and the buildings on either side of the Birthplace have been removed. However bricks still remain on part of the frontage and the roofline has not yet been restored. 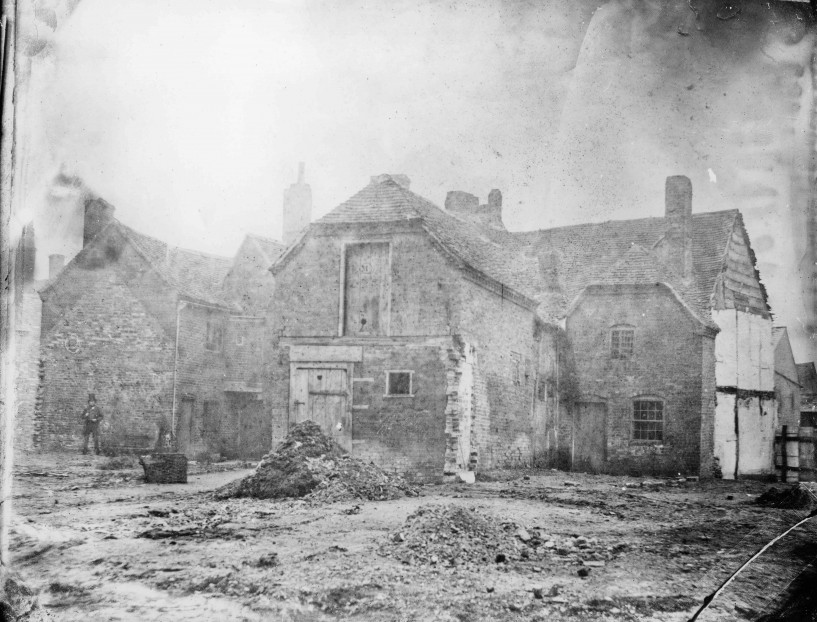 The back of the property also needed extensive restoration work. This area would later become the Birthplace garden. 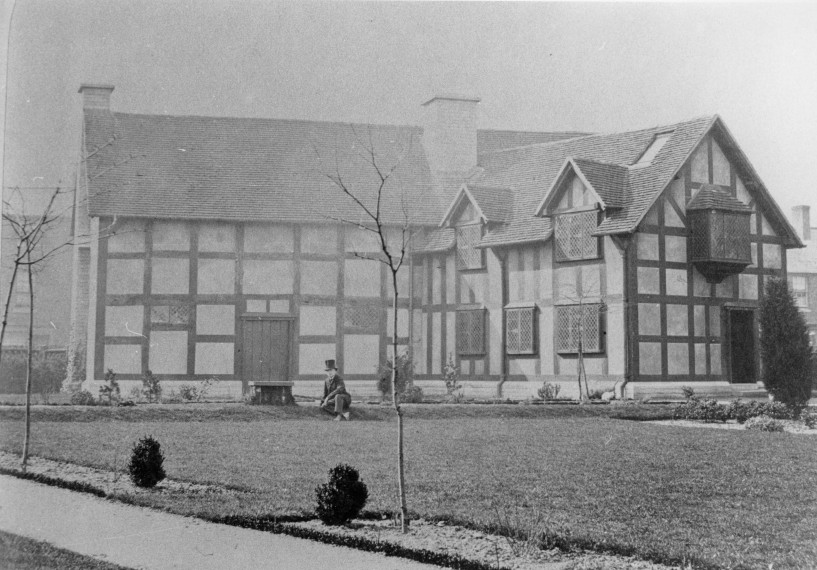 Following the restoration, the house and gardens are now recognisable as those you can visit today. 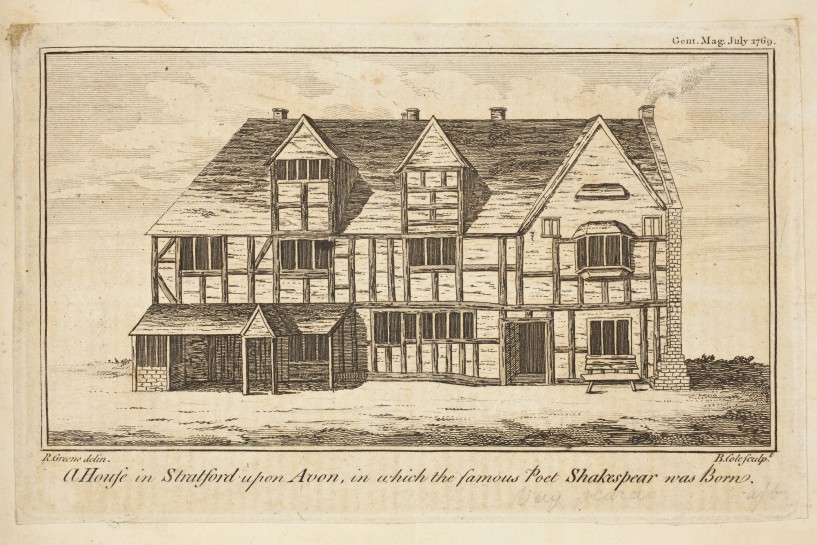 This early engraving was the inspiration for the restoration work of the 1850s. The committee leaders wanted to recreate the building as it had been in the past, reversing modern changes where possible. Interestingly the artist has depicted the Birthplace standing alone although it was actually part of a terrace of houses at that time.