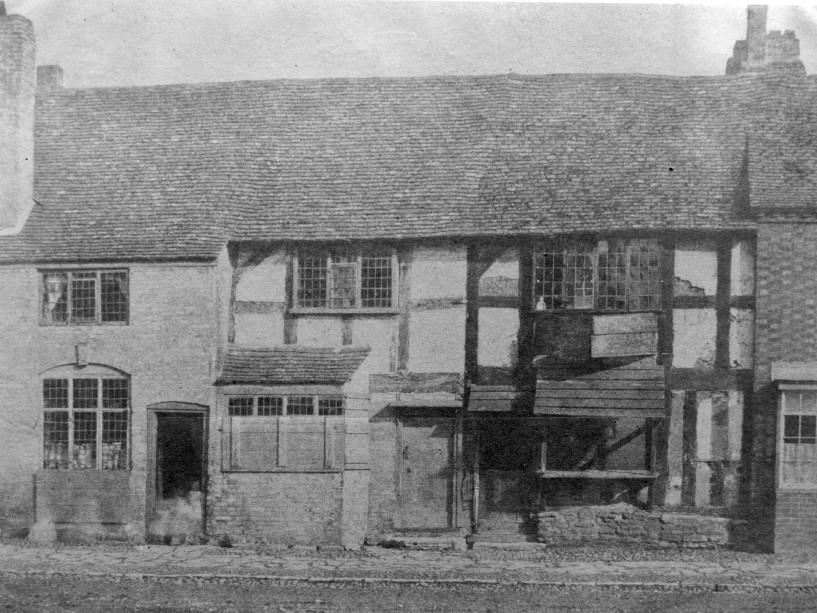 Photographs of Shakespeare's Birthplace show what the house was really like in the mid 1800s. A sign underneath one of the first floor windows declares that this was once the home of the 'immortal Shakspear'.

The Swan and Maidenhead public house formed part of the property, just visible on the right of the photograph of the exterior. Its frontage was covered with red bricks in the early 1800s. 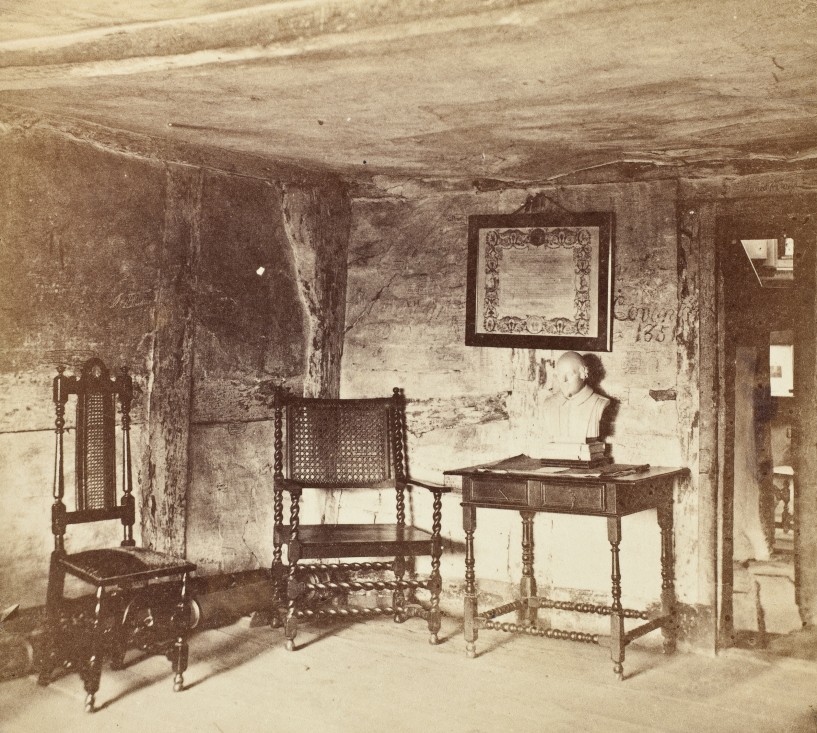 If you look closely, you can see the marks of commemorative graffiti, scrawled or scratched onto the walls by visitors over the years.