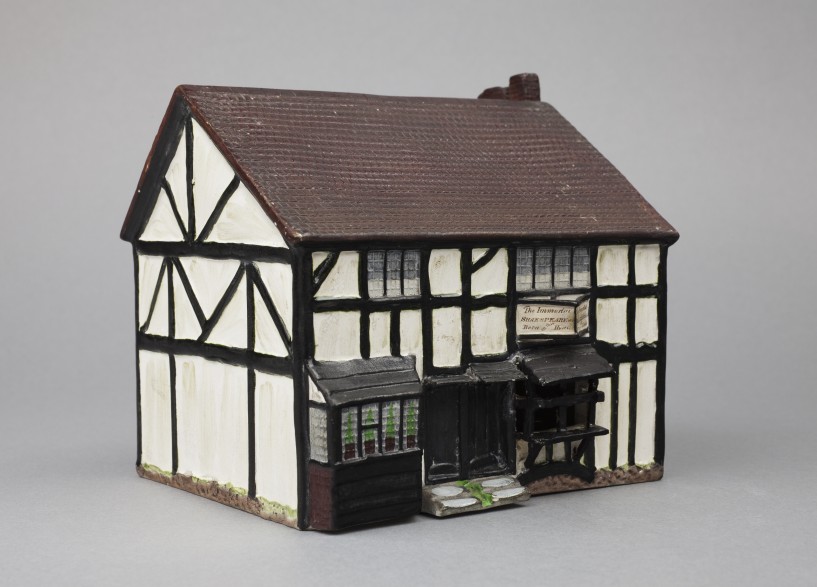 Huge interest in the sale of Shakespeare’s house led to the development of all sorts of ‘spin off’ items. Many were unconnected with the fundraising efforts of the committees, their creators simply keen to cash in on Shakespeare’s high profile.

J V Quick produced a folding birthplace model, which he described as a 'splendid Chimney Ornament' for the home. There were plans for a Birthplace shaped silver brooch and commemorative medal.

A number of books and special editions appeared including The Family Shakspeare by T Bowdler. It left out any words and expressions which could not 'with propriety be read aloud in a family'. There was also a range of Shakespeare themed stationary 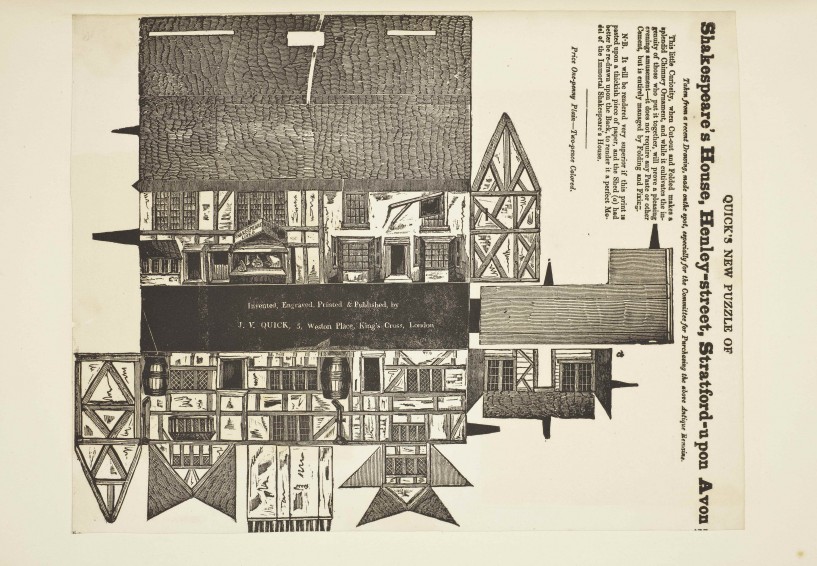 A coloured version sold for 2 pence, a plain version for 1 penny.

Design for a Shakespeare brooch, about 1847

A note underneath the sketch records that the brooch was to be manufactured in German silver and sold by Williams and Clapham, the Strand, priced about 4 shillings. Whether any were actually produced is unknown. 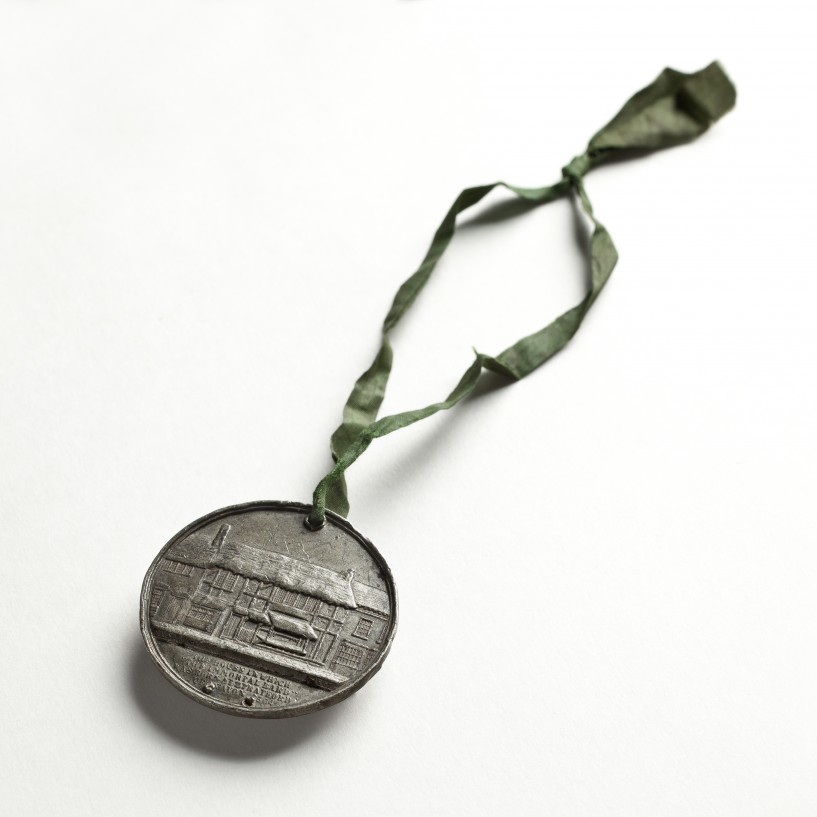 Medal struck to commemorate the sale of Shakespeare’s Birthplace, 1847

It features a portrait of Shakespeare on one side and an image of the Birthplace on the other. This design was available in either white metal or bronze.

Engraved by Allen and Moore. 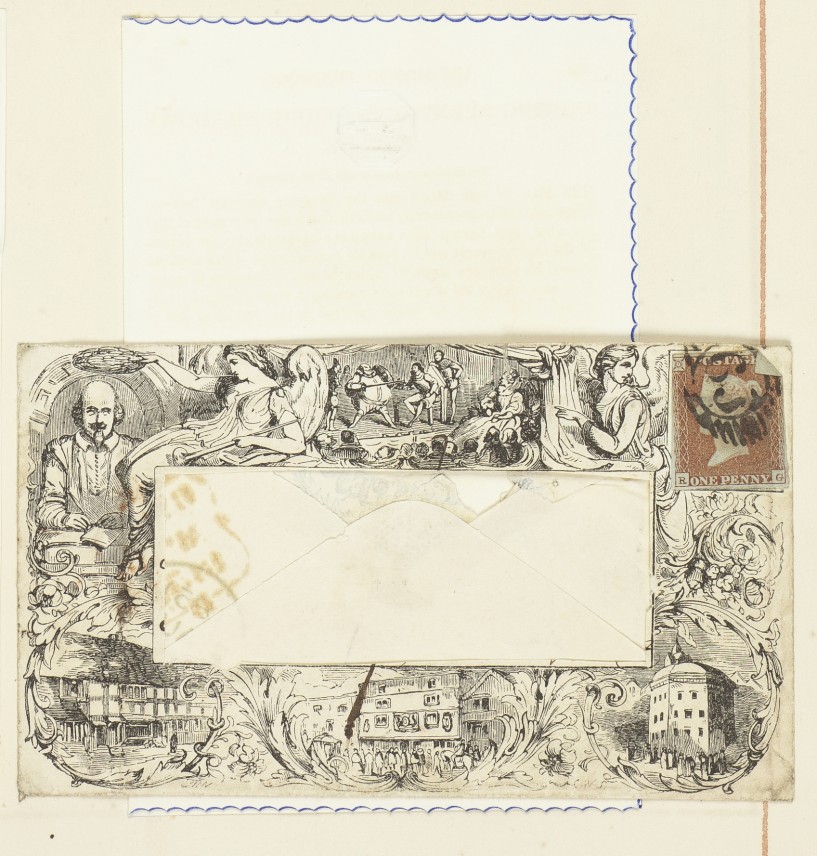