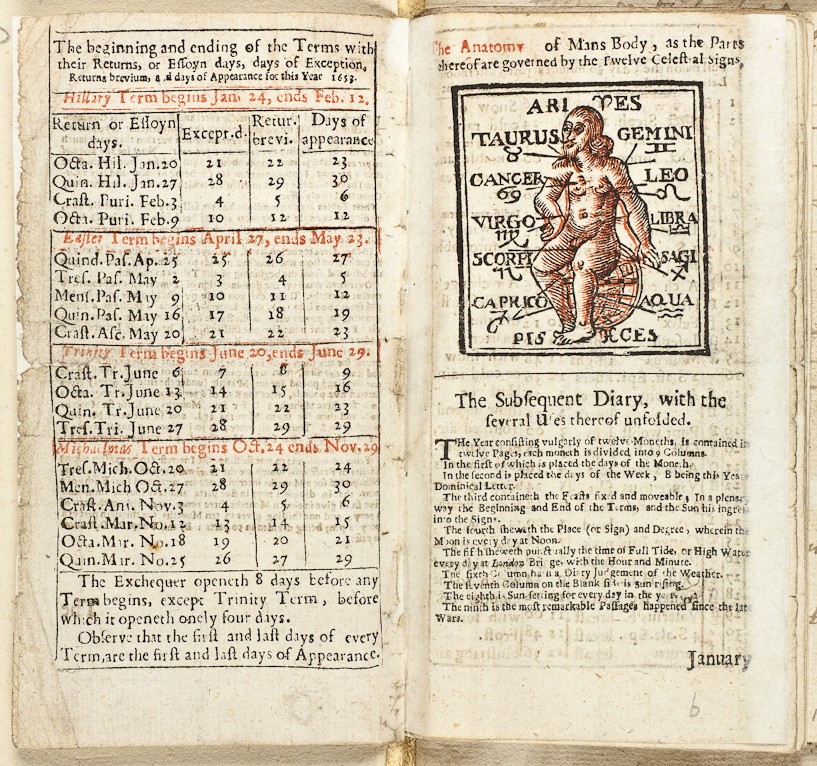 Almanacs were one of the most important ways in which people experienced time in early modern England. These cheap little books were hugely popular, thought to be found in even more homes than the Bible. Released each year, they contained a calendar packed with temporal data, as well as astrological information so people could use the heavens to interpret events in their life. Belief in astrology was widespread but the user needed to know the exact time and place when something happened. Many almanacs featured blank spaces so people could record events in their life next to the date on which they happened, assisting the formulation of horoscopes but also acting as a kind of forerunner to the modern day diary.