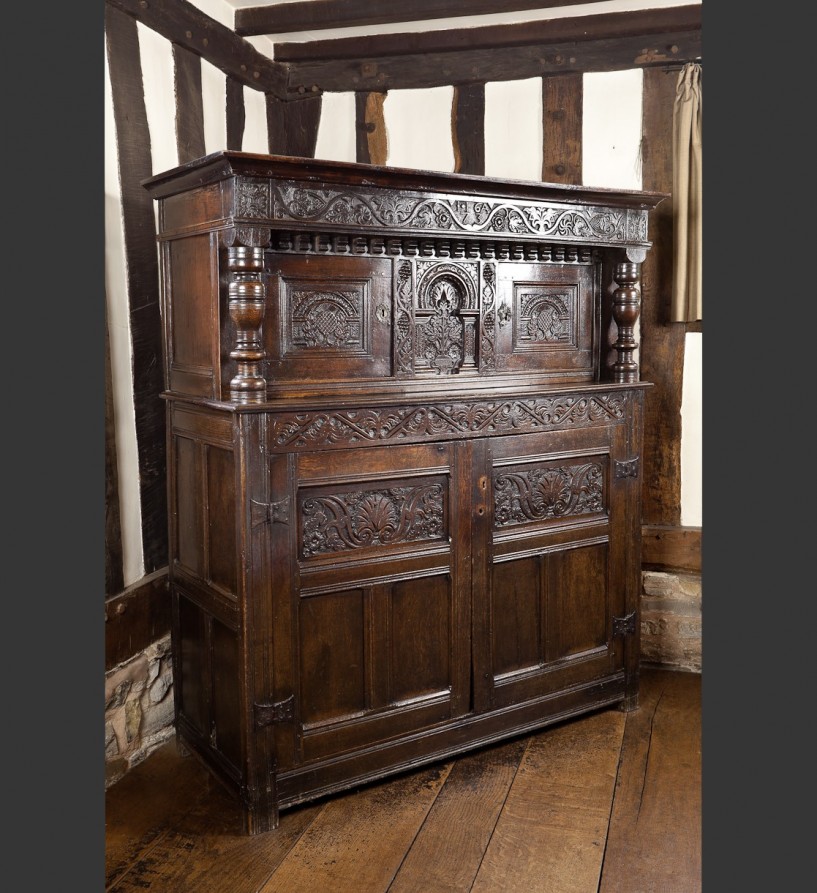 This magnificent cupboard was a sizeable investment for the owner who acquired it in 1673. Press cupboards were amongst the most prestigious pieces of furniture in the home and are often found with a trio of initials to mark a marriage or anniversary. The single set of initials, ‘IA’, on this cupboard suggests it may have been made to mark a different event. Whatever the occasion, this bulky and costly commission, elaborately carved, was likely intended as an heirloom. Furniture like this was a statement piece in its own time, but after the date had long since passed, it acted as an important object of family memory, and allowed the original owner, IA, to maintain a watchful presence in the household even after his death.