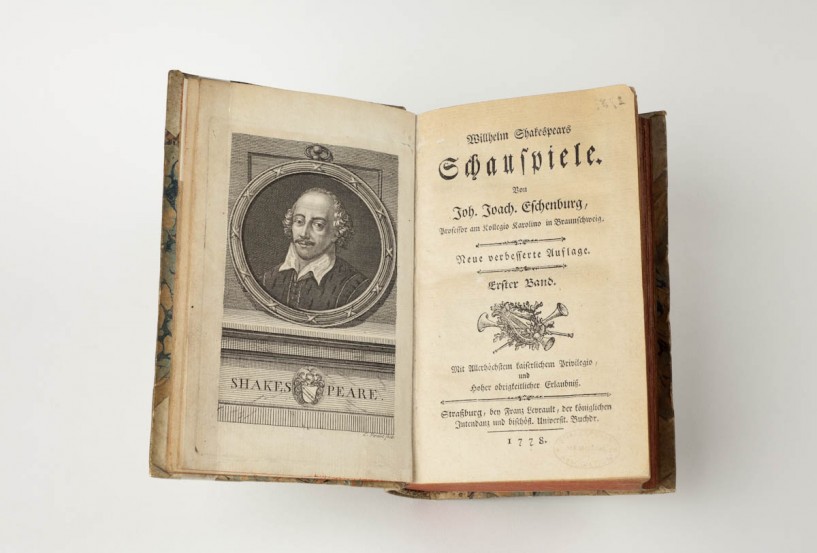 Groups of travelling actors began to perform English plays on the continent from the early seventeenth century.

The first translations of Shakespeare were produced in the mid-eighteenth century and the increasing interest in Shakespeare in Germany helped to spark the Sturm und Drang movement of the 1760s. This movement was founded on the rejection of French neoclassicism and writers such as Johann Gottfried Herder, Friedrich Schiller, and Johann Wolfgang Von Goethe used the example of Shakespeare to begin what became the Romantic literary revolution.

The earliest German translation in the SBT collections is this Complete Works by Johann Joachim Eschenburg from 1778.