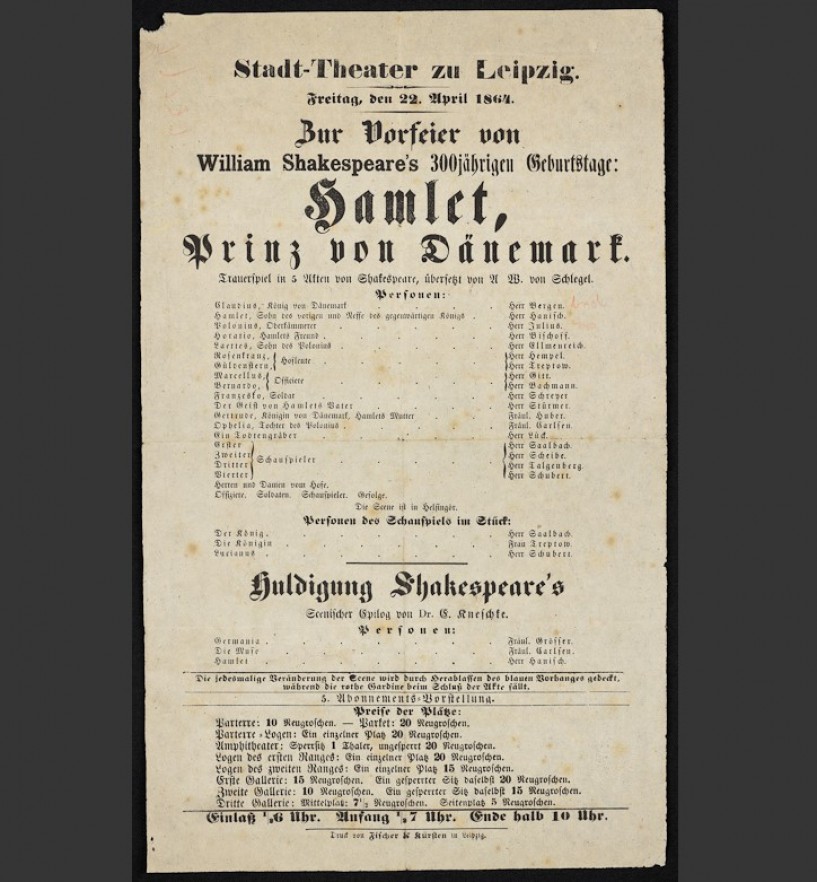 Hamlet has always been the most popular, most ‘related-to’ of the plays all over the world; perhaps this is because, as has now become a commonplace, the play seems to express what it means to be human. For Germany, it represented an overt celebration of individualism, which was prized as far superior to the universalism of neo-classicism.

This is a playbill from a performance in Leipzig, Germany in April 1864, the day before Shakespeare’s tercentenary. As the home of the first German National Library Leipzig was an important cultural location.