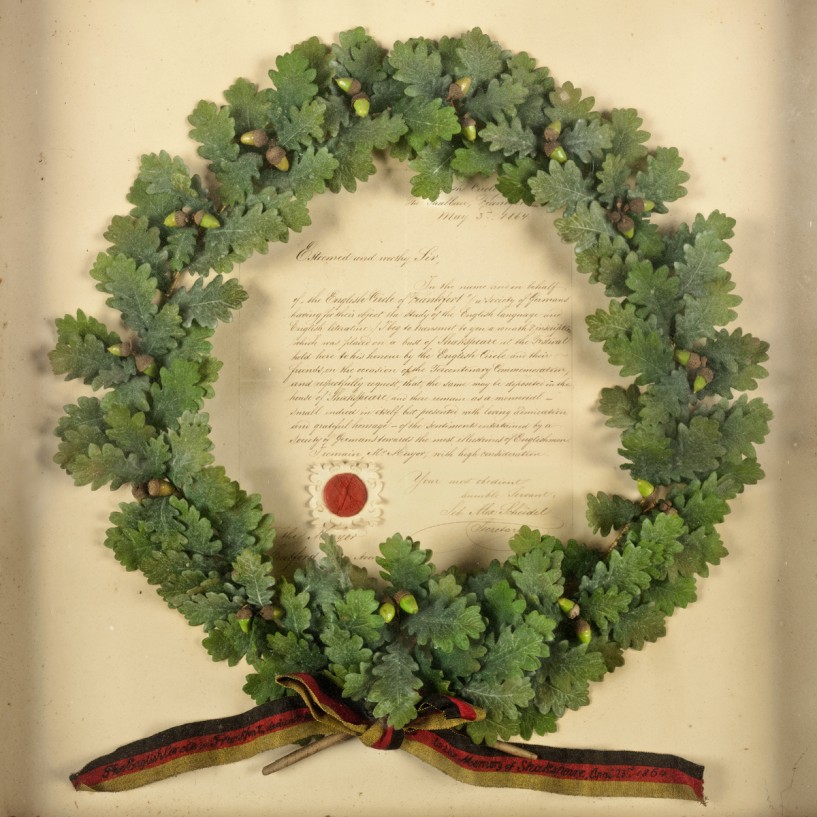 This wreath was presented at the celebration of Shakespeare’s 300th birthday in Stratford by representatives of the Goethe-Haus in Frankfurt. It was accompanied by an address which describes Britain and Germany as originating from a common land and as joint repellers of the ‘Latin corruption’ of the Roman invasion and French Neo-classicism. This idea is borne out by the oak leaves of the wreath, which make it a corona civica, an honour awarded to one who saves another in battle. The acorns it is decorated with symbolise the growth of great things from humble origins.

1864 also saw the establishment of the Deutsche Shakespeare-Gesellschaft, the world’s first Shakespeare society.