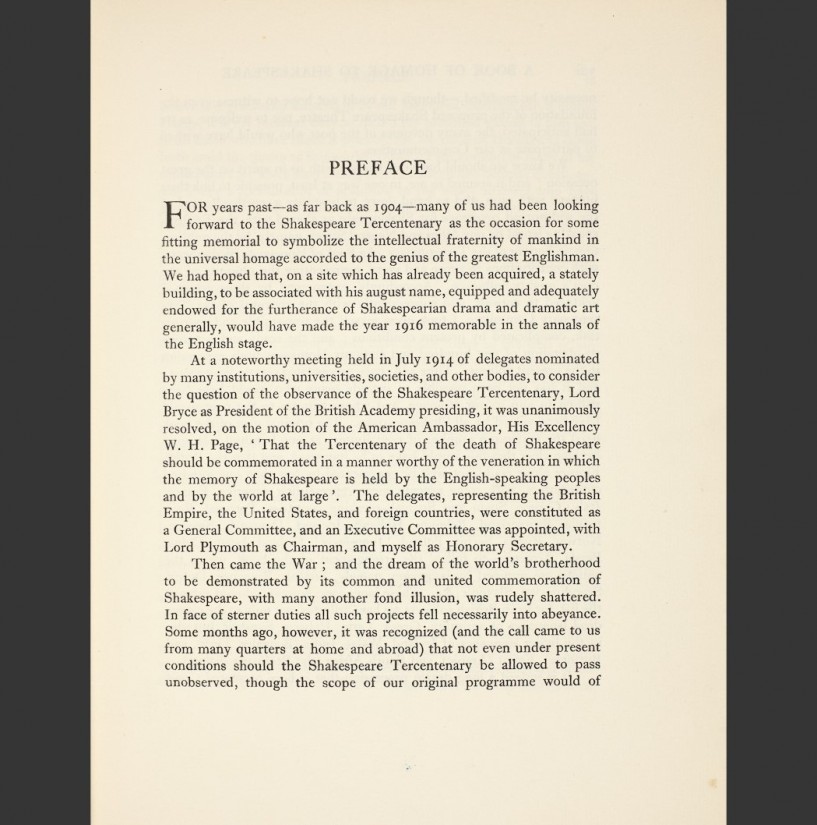 In a striking and pointed departure from the display of friendship between England and Germany (that had been a large part of the Shakespeare birthday celebrations) the 1916 Tercentenary saw the publication of this book in lieu of the usual festivities. The edition is bursting with affectionate tributes to Shakespeare from “our Allies and Neutral States”.

With the establishment of the Deutsche Shakespeare-Gesellschaft in 1864 had come the idea of Unser Shakespeare, ‘Our’ Shakespeare, and Germany proved they were not giving up Shakespeare along with the former friendship by arguing that it was not Shakespeare’s England they were at war with, but the inheritors of it. 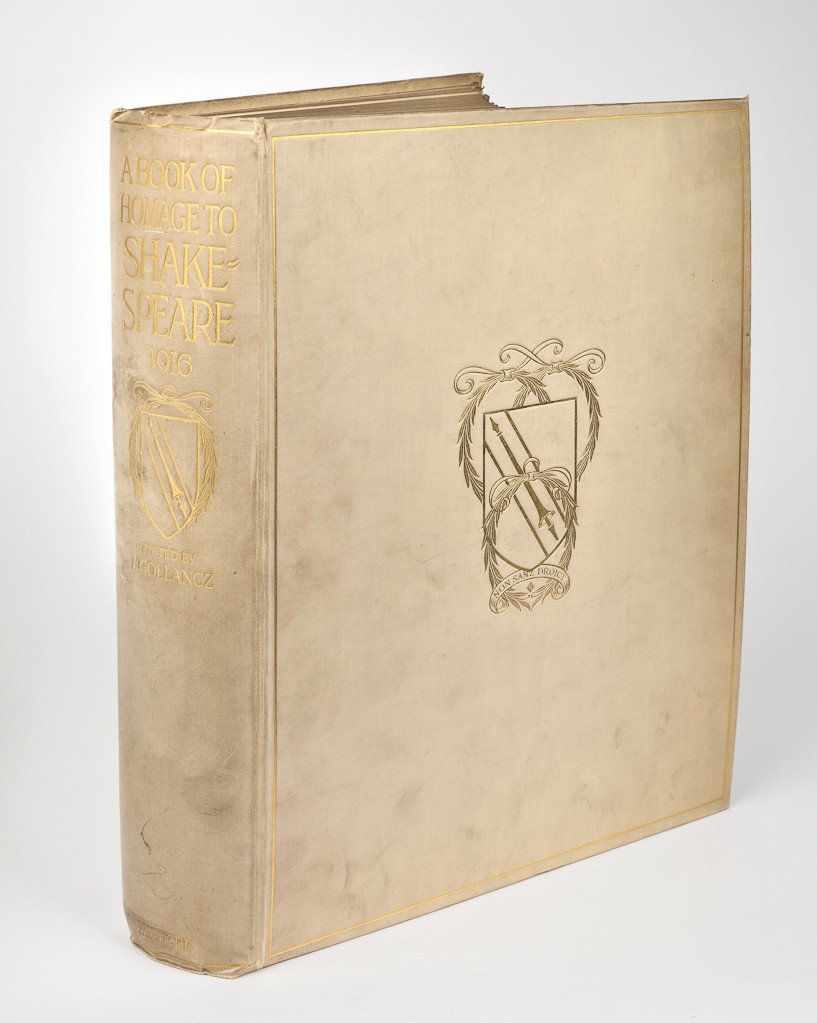