While the Shakespeare Birthplace Trust, along with the rest of the country, began to piece itself back to together following the war, a request was made to obtain some items from the War Trophies Committee, as shown in this extract from the minute book for 2nd January 1919. 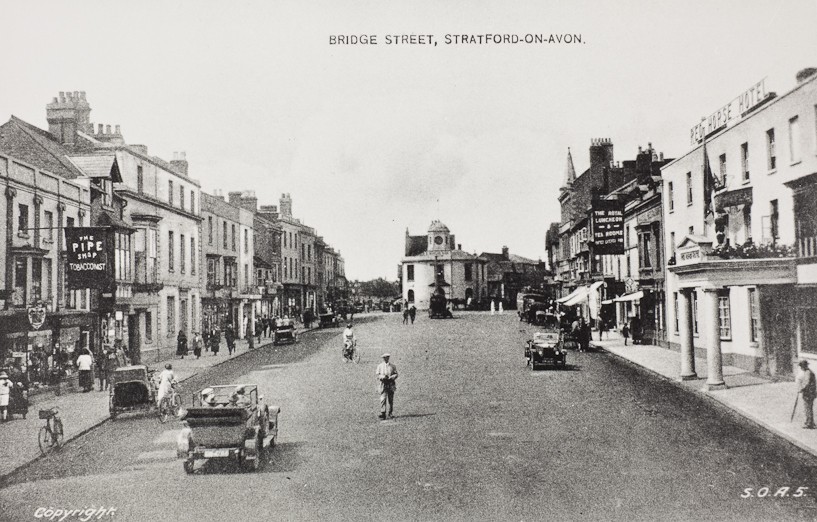 The Committee’s aims were to bring the ‘reality’ of the War before the public, and to raise relief funds. A German Howitzer arrived on February 14th 1919 and was initially mounted in Bridge Street. It can just be made out in front of the Barclays Bank building in this image.

The Stratford Herald reports that on 28th June that year - the day the war officially ended with the signing of the Treaty of Versailles - the town protested the presence of the gun by removing it and relocating it into the river.