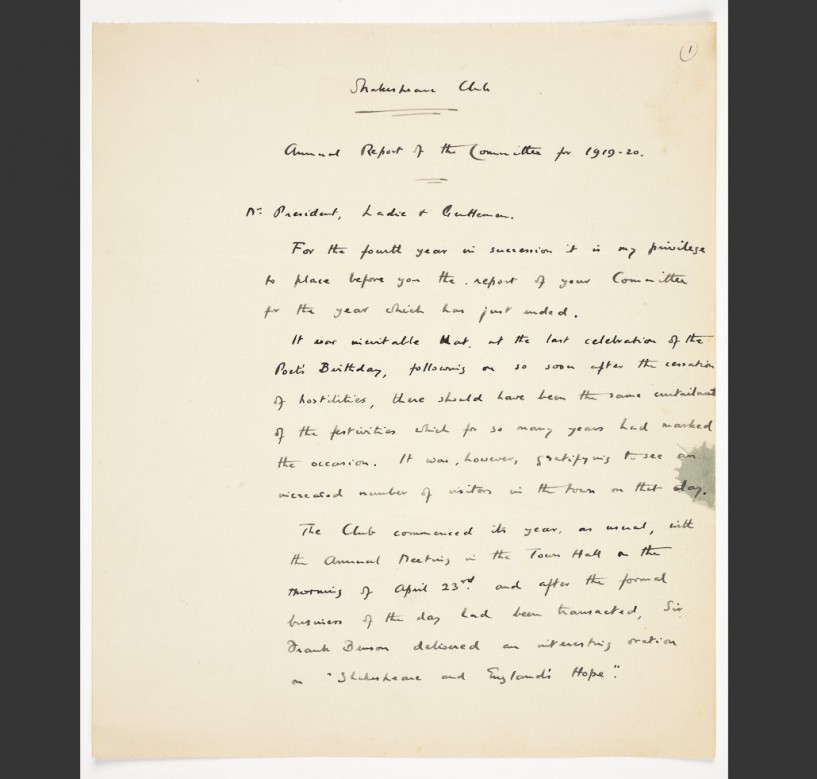 The 1920s saw a gradual move towards the pre-war traditions of the annual Shakespeare birthday celebrations.

This draft of the annual report of the Stratford Society for 1920 describes the “curtailed” festivities, “so soon after the cessation of hostilities”, at which “the bells of the parish church were rung at dawn and at intervals during the day, and the national flags (excluding those of the enemy nations) were flown on the Birthday in Bridge Street, but no invitations for the unfurling were issued to foreign or other representatives”.

It was not until 1928 that Germany was re-invited to the flag unfurling. 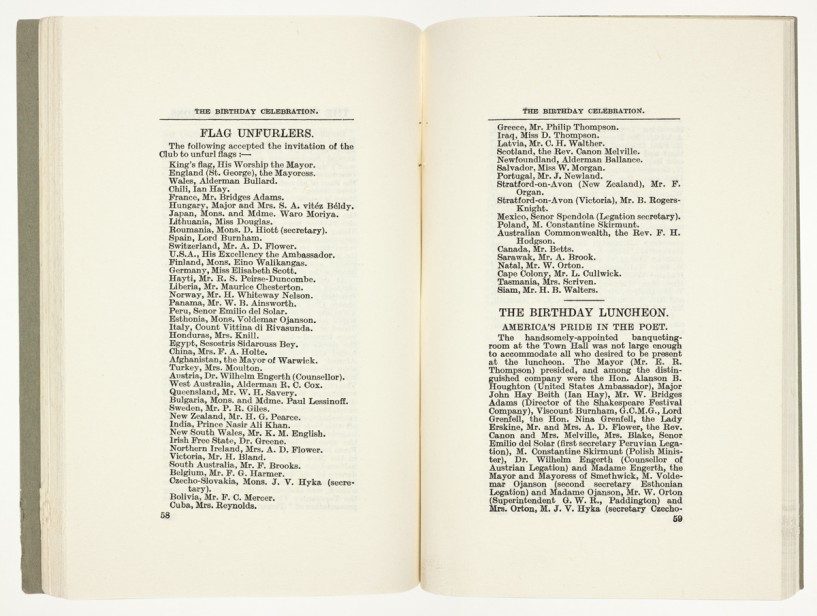 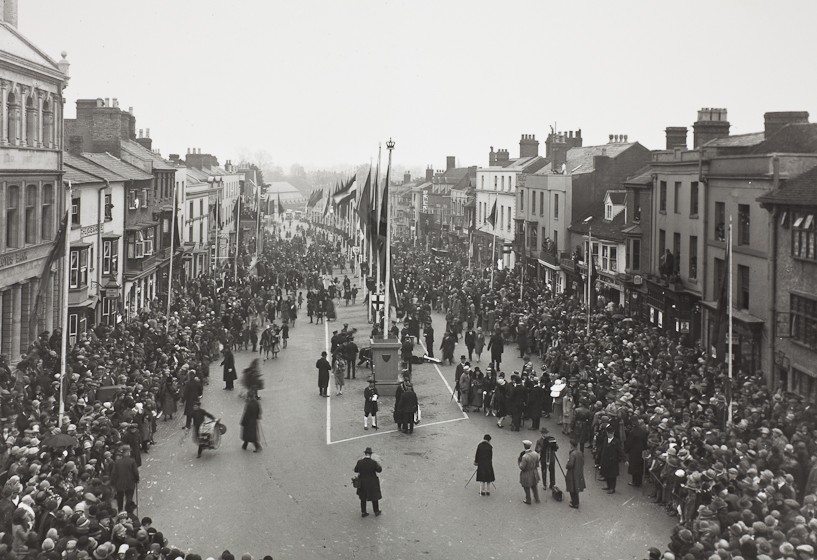