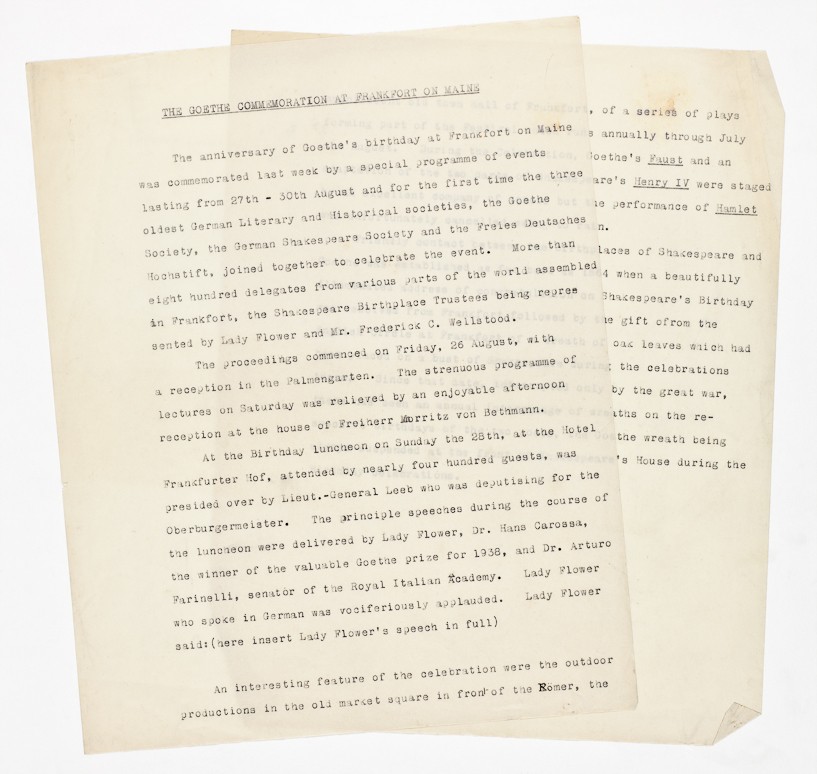 1938 – “The Goethe Commemoration at Frankfort on Mains”

In August 1938 representatives of the Shakespeare Birthplace attended a reception in Frankfurt in honour of Goethe’s birthday, at which the prominent Stratfordian Lady Flower gave a speech in German.

This press release concludes with an account of the “friendly contact” that was established with the gifting of the 1864 wreath, which was interrupted by the great war, since resumed, and with the Goethe wreath “always [being] suspended at the front of Shakespeare’s House during the Birthday celebrations” 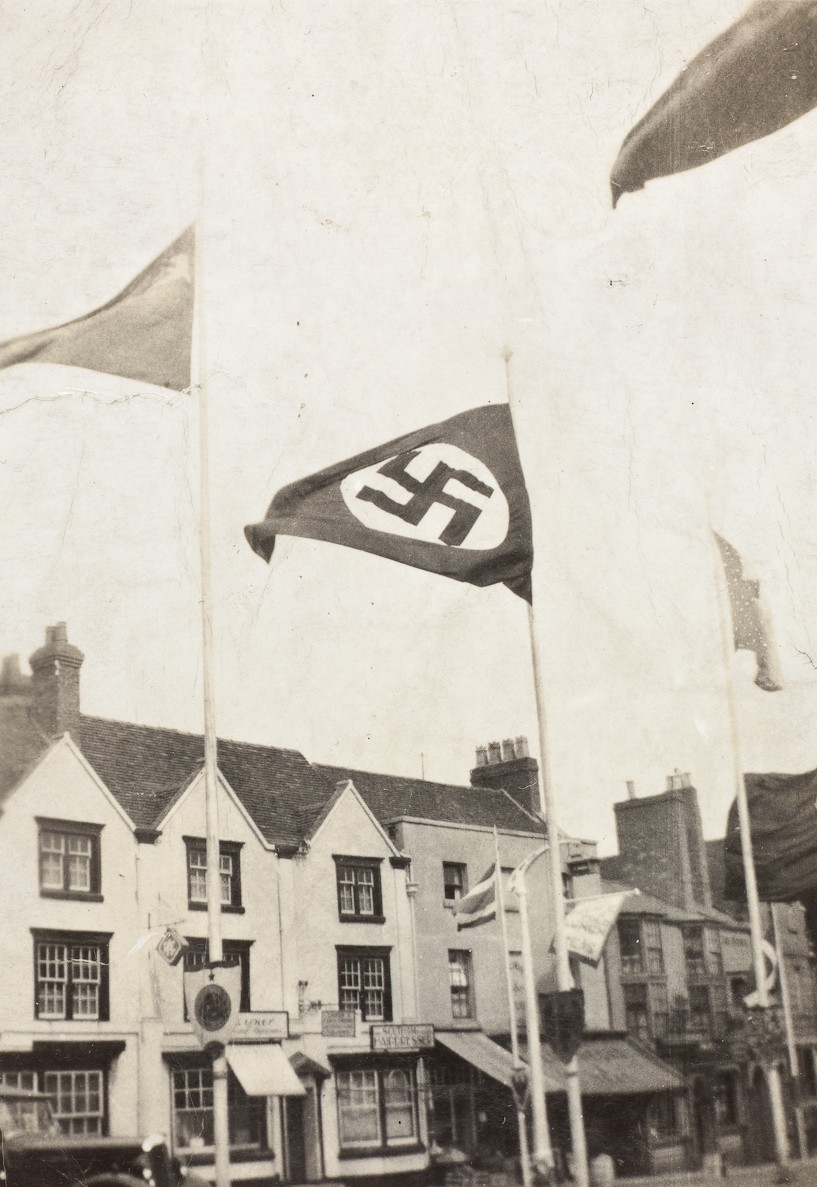 The following year saw the Nazi flag hoisted as part of the Shakespeare birthday celebrations before such honours were to be suspended six months later, when war was declared.