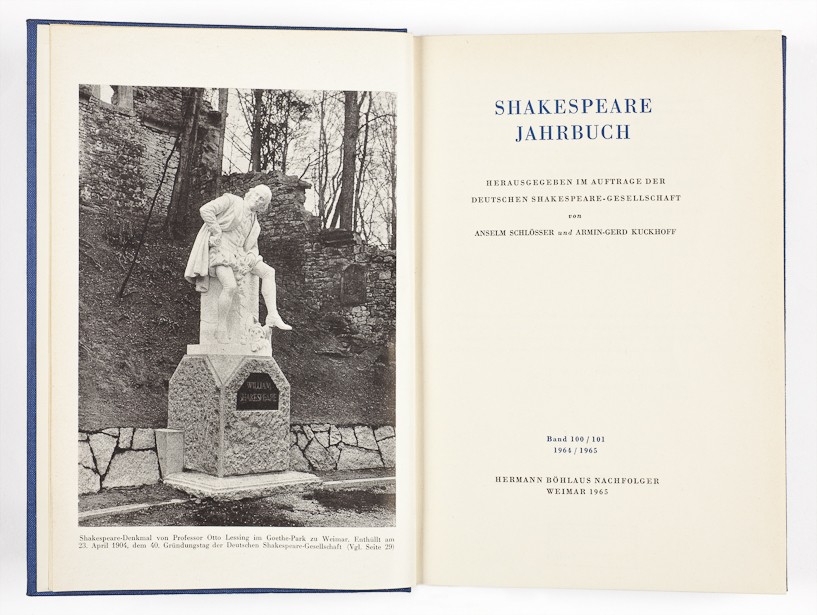 The SBT library holds copies of the Deutsche Shakespeare-Gesellschaft’s Jahrbuch (yearbook) from its establishment in 1864.

When the cold war saw Germany divided into the German Democratic Republic (east) and West Germany it seemed that neither side were prepared to relinquish the Shakespeare Society. So from 1966 two versions of the Jahrbuch were published each year; each version staking its own claim, with its own political motivations and ideologies, to unser Shakespeare. 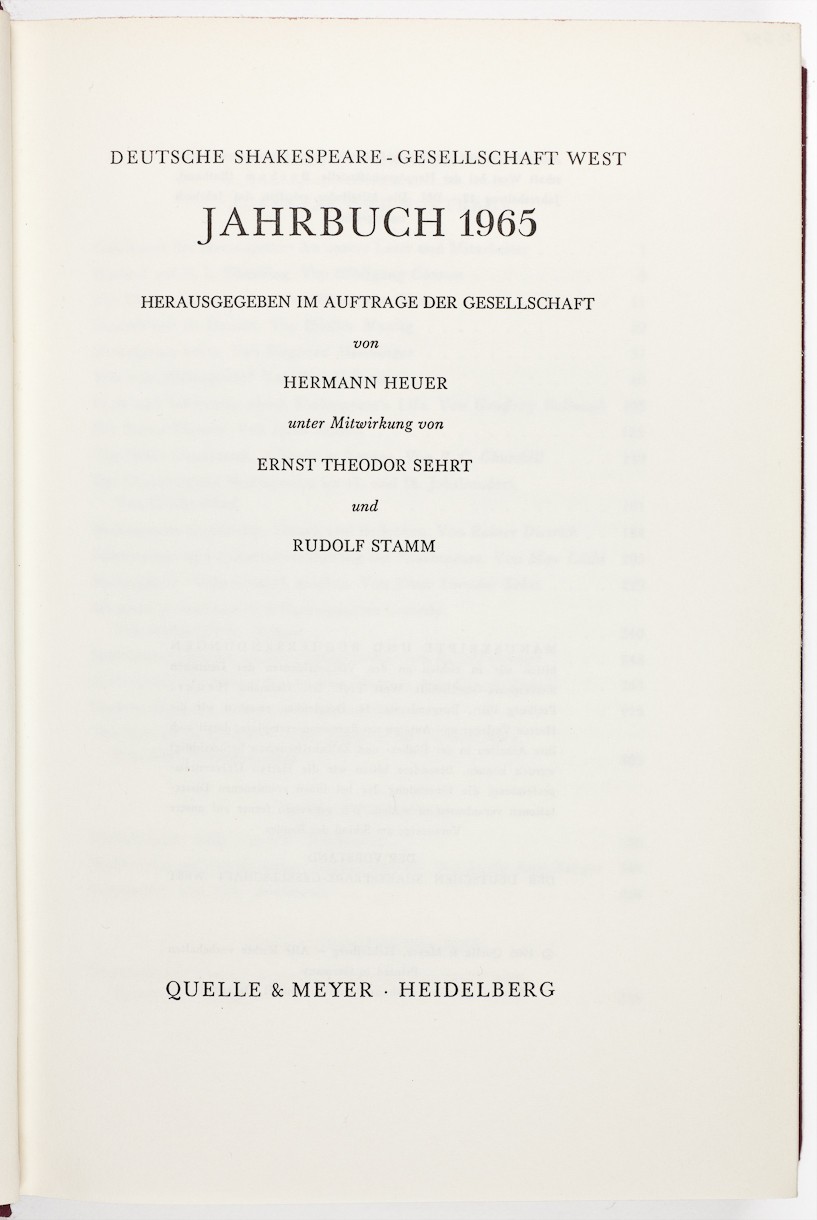