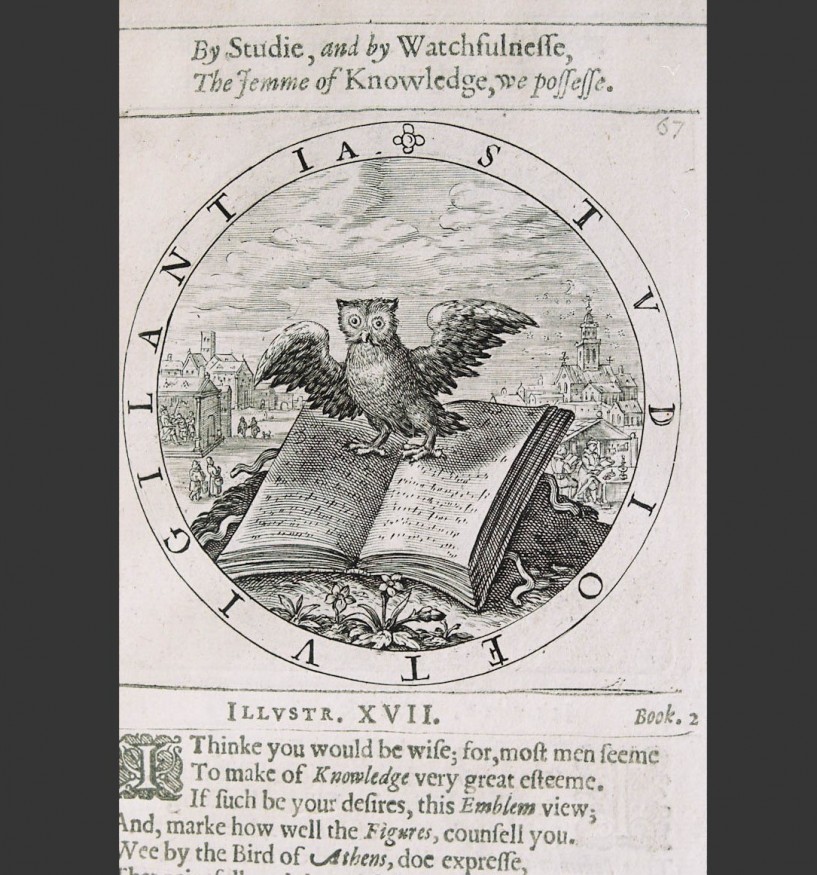 Emblem books were popular in Europe in the 16th and 17th century. They typically contained allegorical illustrations accompanied by explanatory texts. The texts could be poems, morals, secular and religious short writings. The picture is a page from the widely circulated George Wither’s Book of Emblems, published in 1635. The woodcut shows an owl, ‘the bird of Athens’, which symbolizes knowledge and wisdom, perched on an open book. The text argues that knowledge is possessed ‘by study and by watchfulness’. In Shakespeare, however, the owl is usually considered an evil sign and an omen of death.

It was the owl that shriek'd, the fatal bellman,
Which gives the stern'st good-night. (Macbeth, 2.2)