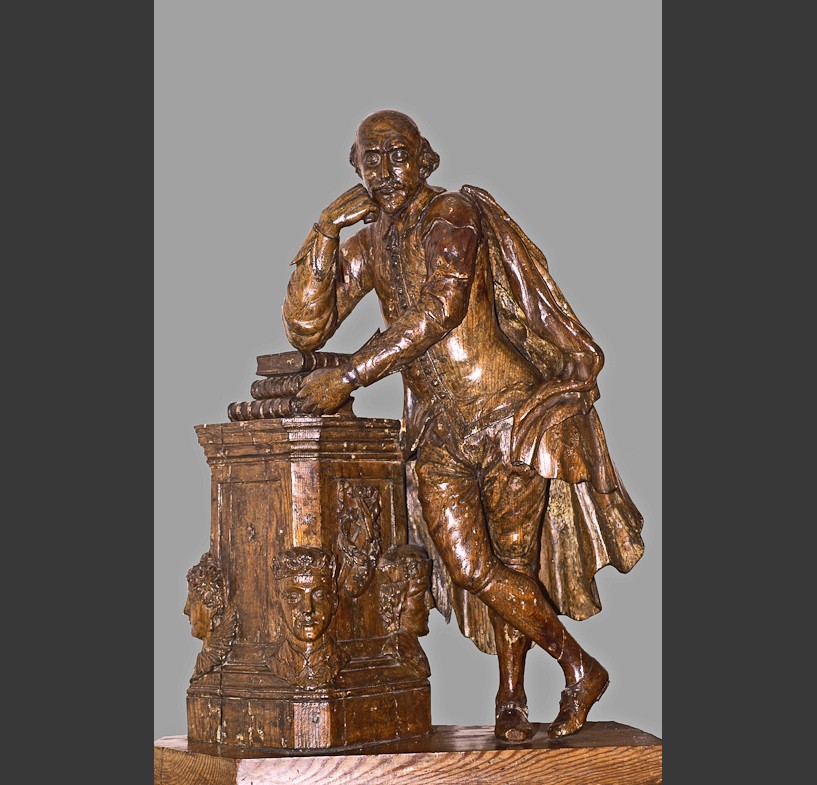 This piece is modelled on the Shakespeare monument at Westminster Abbey. Although the scroll in his left hand is missing, his right elbow firmly rests on a pile of three well-bound books. The association between Shakespeare and book learning is reinforced by the image. Eighteenth century Romantics, especially Coleridge, often compared him to other writers known for their extensive learning, such as Spenser and Milton. Depicting Shakespeare with books seems an attempt to counterbalance the long often misread Ben Jonson’s claim in the Preface to the First Folio that he had ‘small Latin, and less Greek.’