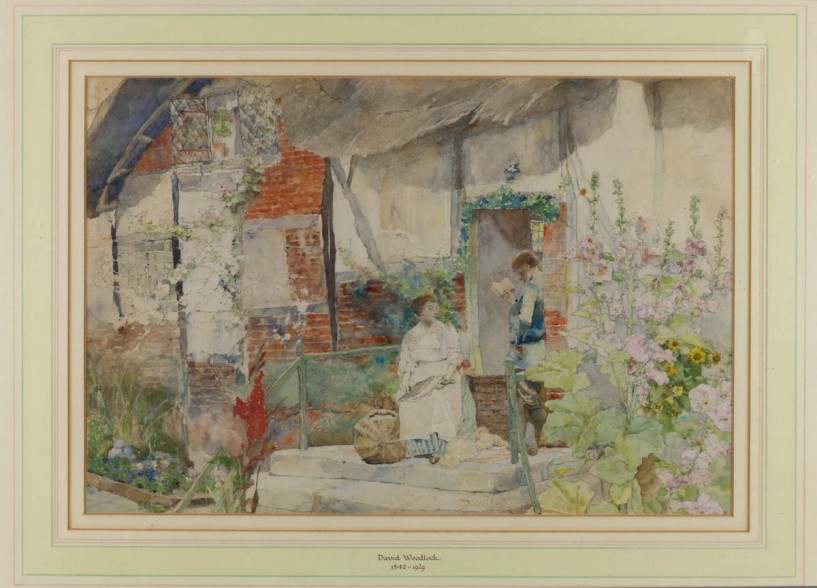 6. The Courtship of William Shakespeare - Watercolour - 1895

This is a 19th century example of what we would now call ‘fan art’. The painting depicts an imaginary meeting between William Shakespeare and Anne Hathaway. Young Will leans in the cottage doorway, reading a book to an attentive Anne. It is possible that the artist imagined the book to contain sonnets which Shakespeare reads to woo his future wife. Sonnets were immensely popular in the Tudor period. Writing a sonnet was considered a sure sign of being in love, as Claudio comments about Benedick in Much Ado about Nothing:

And I'll be sworn upon't that he loves her;
For here's a paper written in his hand,
A halting sonnet of his own pure brain,
Fashion'd to Beatrice. (5.4)