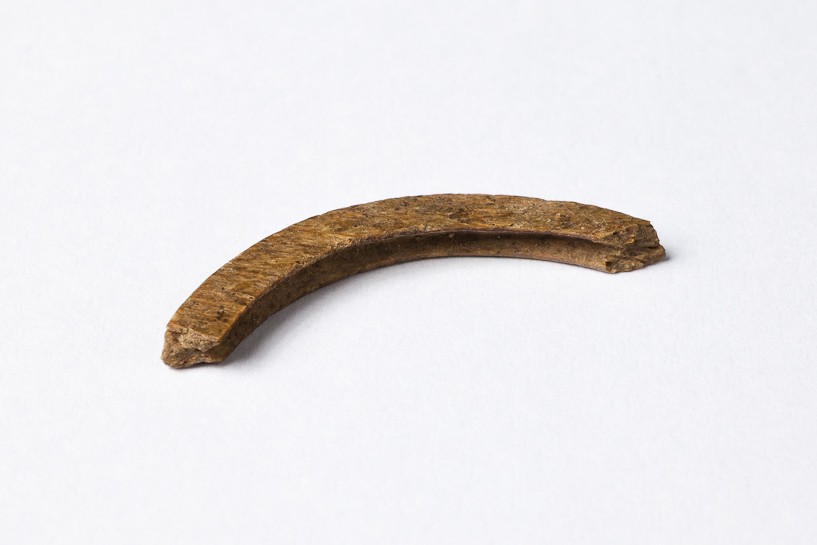 This curved fragment of worked bone is probably part of a spectacle frame. This has a shallow groove carved on the inner circumference. The frame is likely to have held a convex lens for use by a long-sighted person engaged in close-up work. Contemporary sketches and paintings use spectacles to give a scholarly air, as they would have been mainly used by literate professional males such as merchants, illuminators, lawyers and, of course, playwrights. Dated examples of bone spectacle frames in Britain originate from the early-15th Century to the mid-16th Century to 17th Century. It is tempting to think this once belonged to Hugh Clopton, the architect and owner of New Place. Or perhaps Shakespeare, or a member of his family wore glasses…