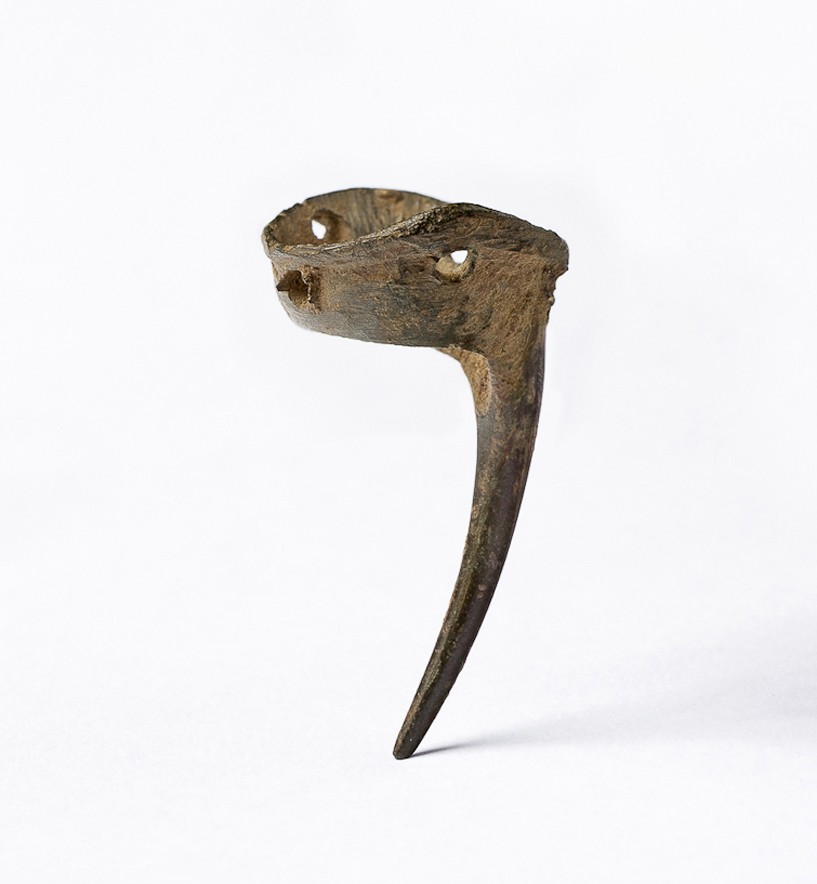 A cock spur with long pointed prick. The sub-conical socket would have fitted around the natural spur of a cockerel, and tied on using the lacing holes. Cockfighting has a long history originating in the Far East, and probably arrived into Britain with the Romans. It remained popular throughout the medieval period becoming widespread during the 17th, 18th and 19th centuries. It was outlawed in 1849.