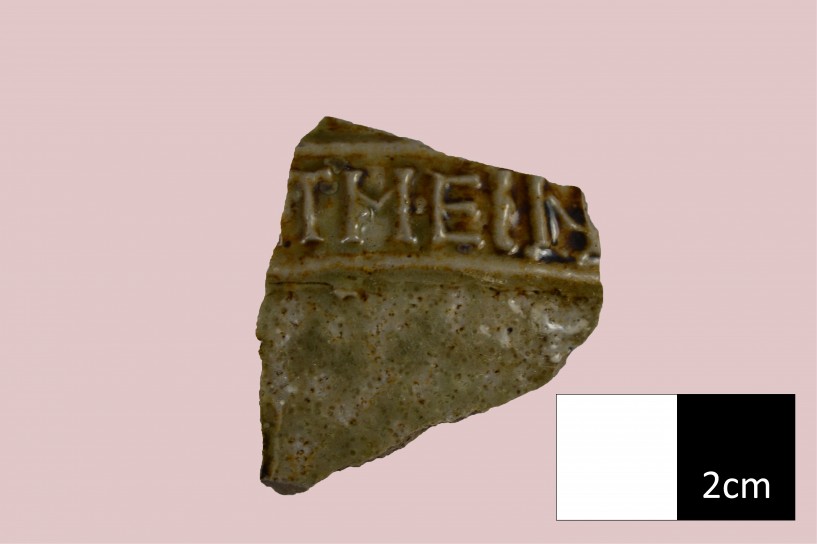 This pottery which is part of a jug was produced in Germany and is known as Rhenish Stoneware. The legend on it reads....TMEIN....
This probably originally read;

WAN GOT WIL IST MEIN ZIL - 'When God wills it, so is my goal'

(This can be specifically dated from examples made at Cologne; Komödienstrasse between 1549 to the mid 1570’s)

Or it may have read;

WANN GOTT WILL IST MEIN ZEIL – 'When God wills it, my time is up'

Jugs such as this were produced in the second half of the 16th Century and are linked to the aftermath of the Reformation.