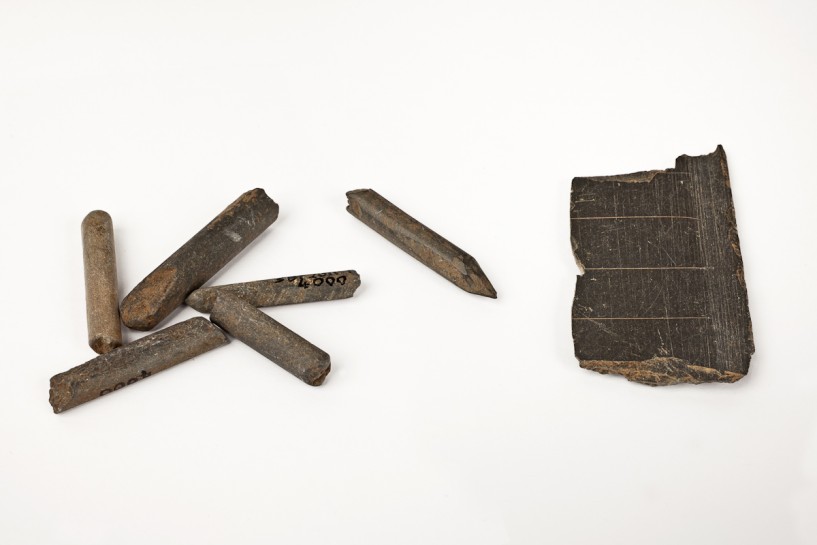 Although their use probably extends back to the medieval period, writing slates and pencils were common in the late 18th and early 19th centuries, due largely to their adoption in schools and as a cheap and more readily available alternative to pens and. These examples may have been used onsite by the Victorian excavators as a means of recording their observations and planning their future works.