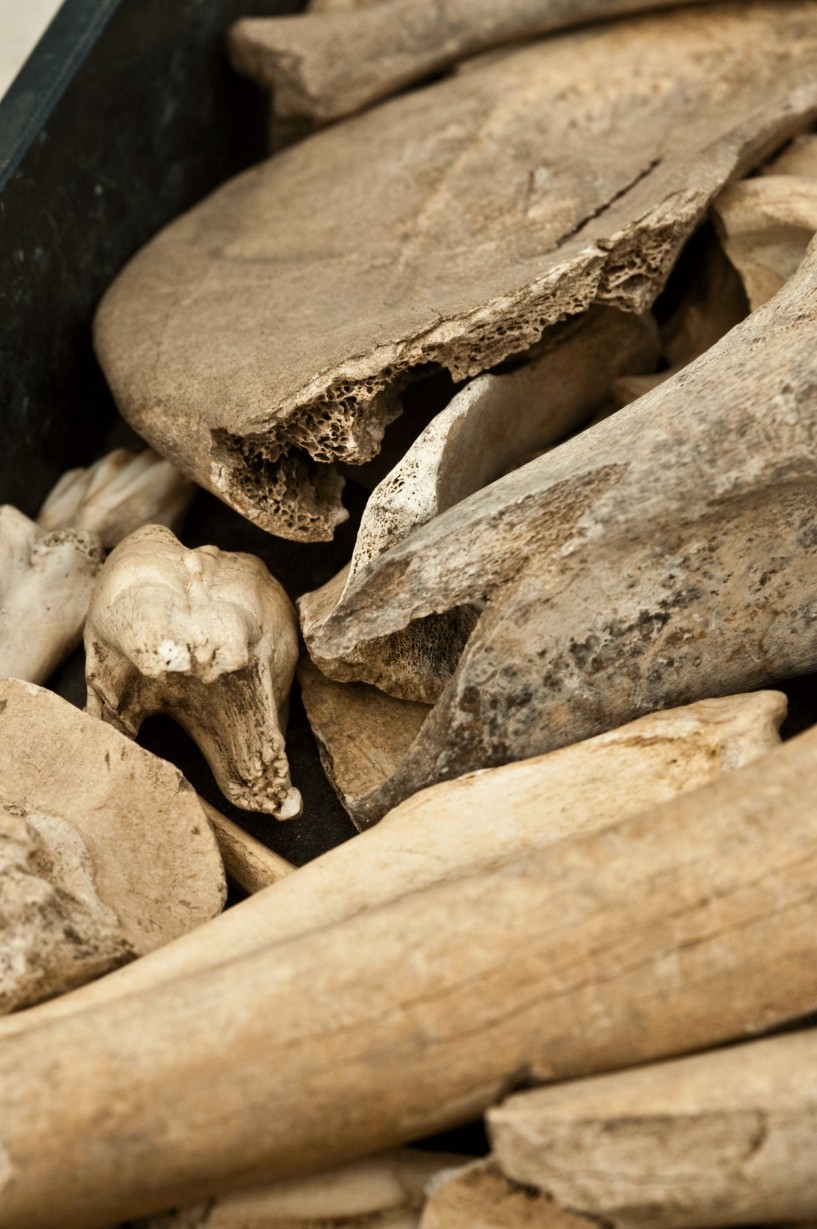 A huge amount of animal bones were recovered from the site consistent with such a large period of occupation. One particular assemblage was representative of the wealthy living conditions of the occupants in the late 15th to mid-16th century. The majority of the bones were of cattle, sheep and pigs. There were also goose, chicken, horse, deer, rabbit’s, rats, snipe pigeons, thrush, and various species of fish, both freshwater and marine. Examples of domesticated pets (cats and dogs) were present and there were signs of gnawing on some of the sheep bones which can be attributed to the dogs.