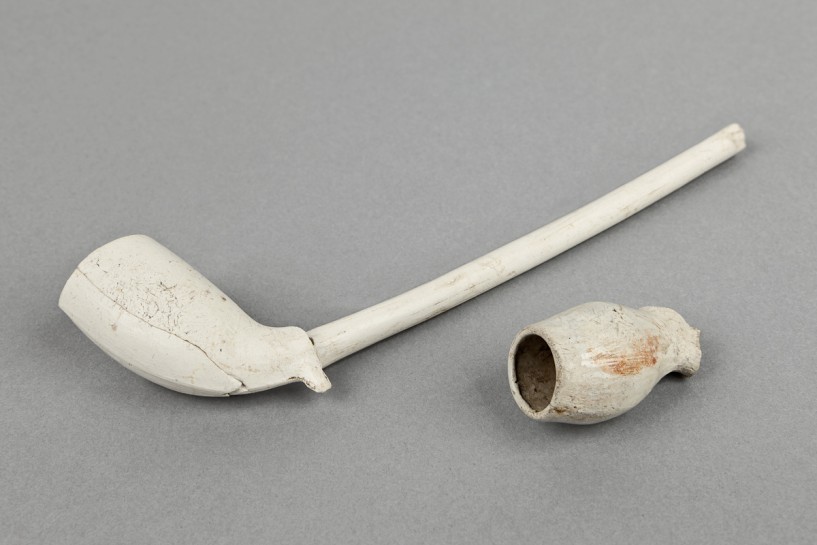 The earliest clay pipe bowl fragments recovered from the site date from the middle of the 17th century and represented activity on the site following Shakespeare’s death. This late 17th century example had been deliberately placed above the 18th-century foundations during their reburial after excavation in the 19th century. Large quantities of pipe fragments were identified in groups within the Victorian backfill showing locations where those earlier archaeologists had their breaks.