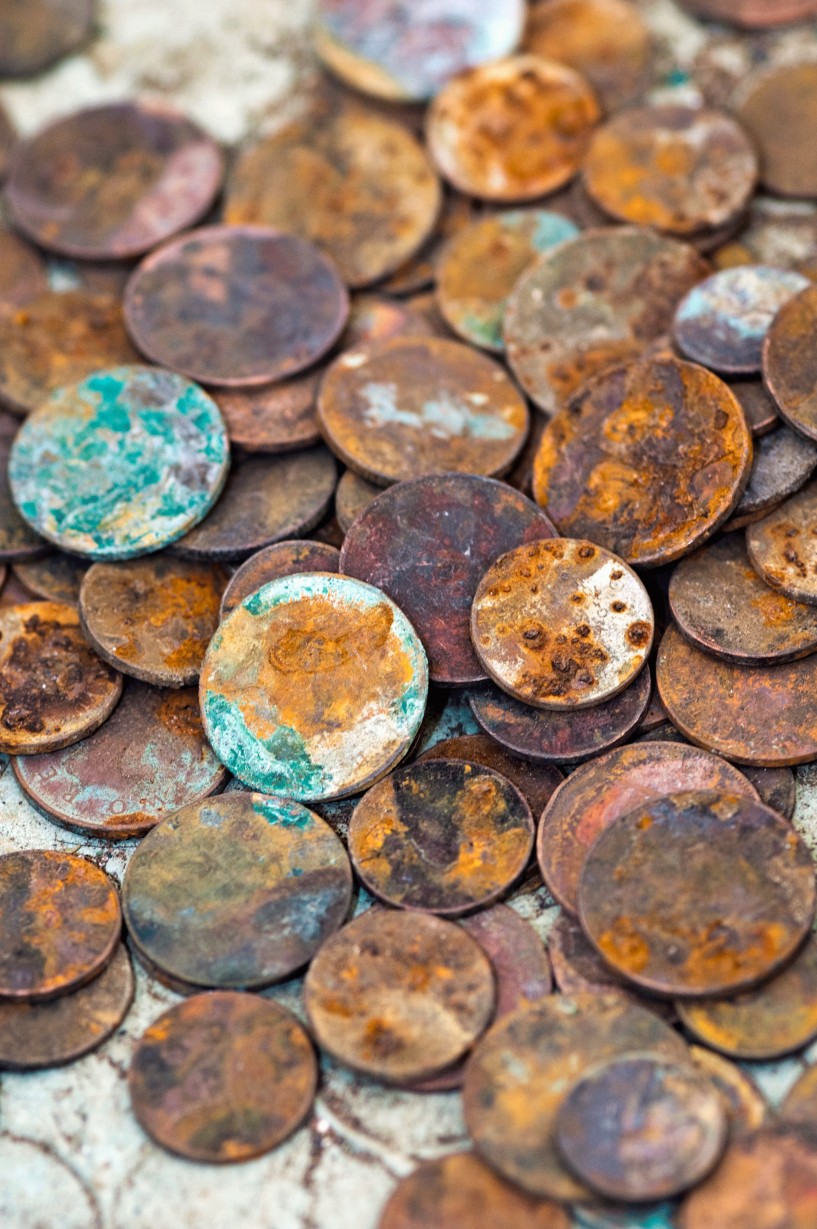 Vast quantities of coins were recovered from one of the four wells. This particular well was rediscovered in the 19th century excavation and was reconstructed to ground level during the backfill of the site. It became a focal point for Shakespearean tourists and inevitably became a wishing well. Vast quantities of coins were recovered from the well (10 full buckets). These included coins which post-dated 1860 but covered a range of varieties and types. Other continents were also represented, including North and South America and Asia.