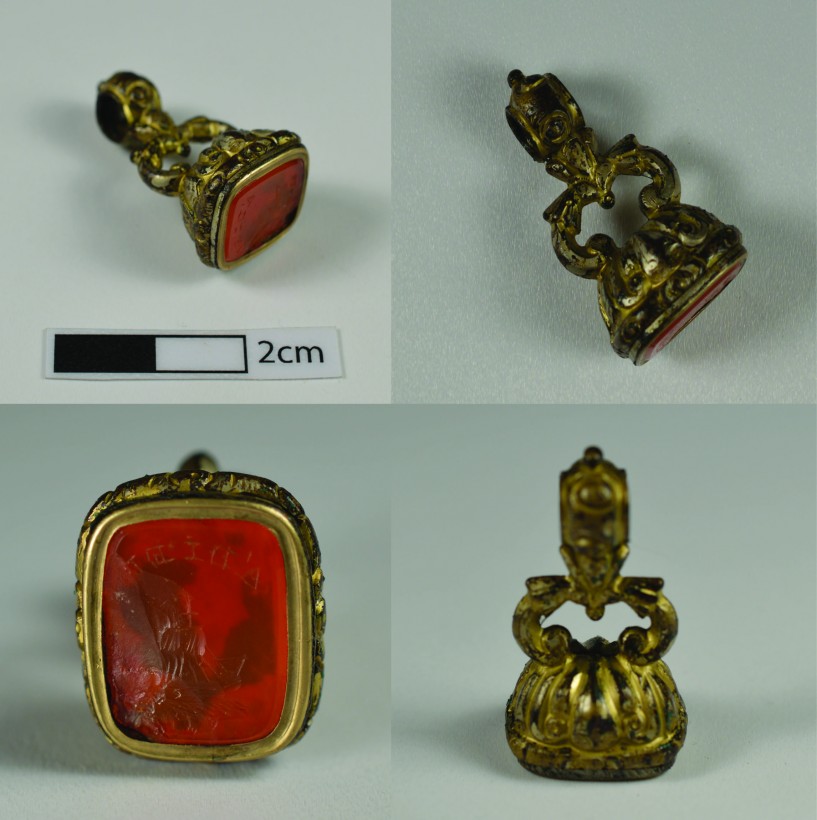 This fob seal, which once adorned a watch chain, was carried in a ‘fob’ (pocket). They were at their most popular in the Georgian period until around the 1830’s. It is made from gilded brass and carnelian/ intaglio red glass. The inset is engraved with a picture of a sailing ship and the word ‘A DIEU’. This could be a commemorative item of the Henry Grace á Dieu (Henry Grace of God), a 16th-century carrack (great ship) contemporary with the Mary Rose. It is possible that the inset was reused in this later 18th – 19th century setting.