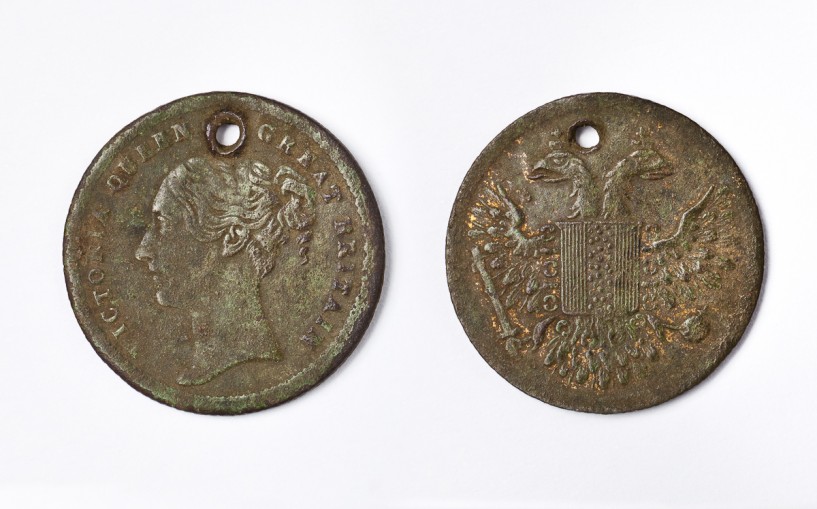 Here we can see Queen Victoria with, on the reverse,  a double headed bird coat of arms of the German Confederation (1848-66), and,the Coat of arms of Prince Albert. This counter was recovered from within the layers of backfill and its presence has enabled close dating (excavations were undertaken 1862-64). Card games and various forms of whist have been around in Britain for hundreds of years and the earliest forms of scoring involved the use of counters. From about 1840 whist became the game choice for socialising and gambling. This is a lovely example of such a counter.