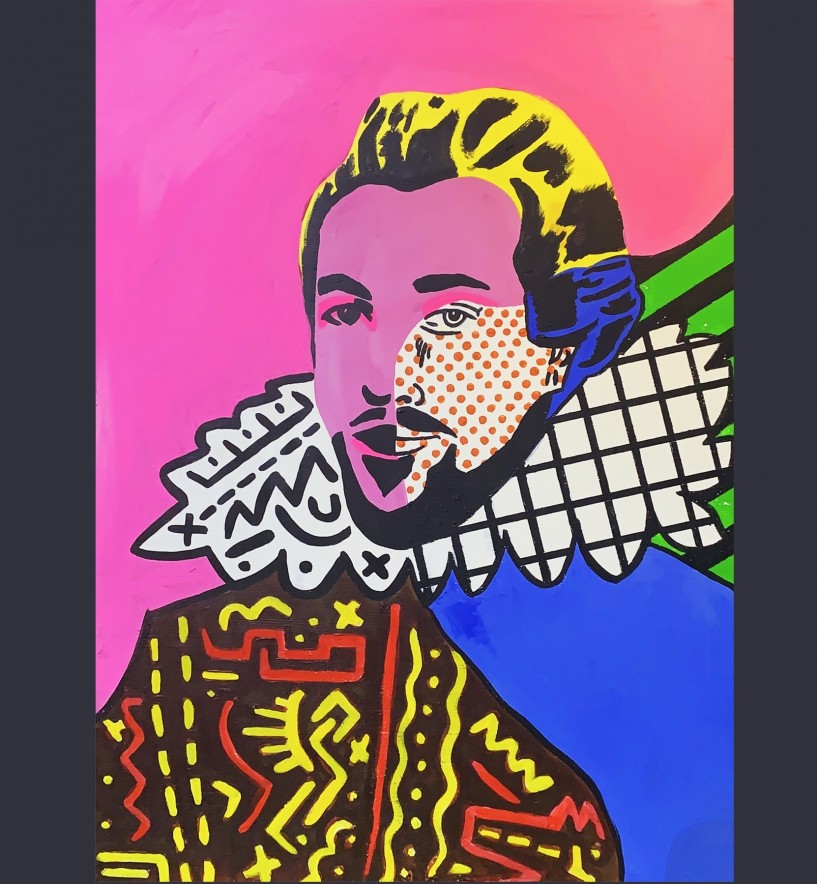 Ricky Martin, better known as CBBC’s ‘Art Ninja’ is a director, animator, writer and actor originally from one of the UK’s worst towns but now lives in Bristol. As a director and writer Ricky has been a part of many RTS and BAFTA award winning teams for digital content and children’s TV shows. As a children’s TV personality Ricky has appeared on various TV shows such as Blue Peter, Dog Ate My Homework, All Over The Place and taken on sell out live shows at The Edinburgh Fringe and CBBC summer party. Ricky loves art and enjoys using this medium to inspire the next generation of artists and animators.

'I did my Shakespeare portrait in the style of my three favourite pop artists: Roy Lichtenstein, Andy Warhol and Keith Haring.'