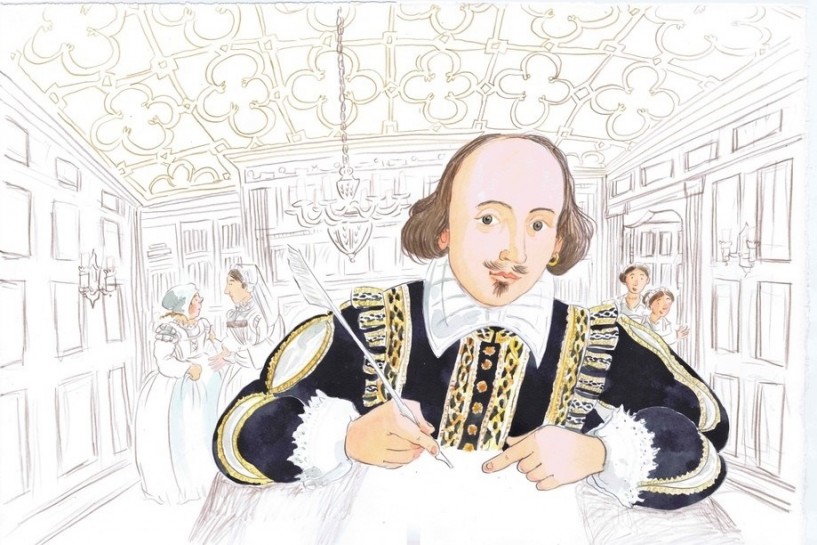 Their first book together won the Smarties Silver Prize and since then they have won many, many awards. Their book about Mick's father Tail-End Charlie was nominated for the Carnegie Medal and they were shortlisted for the 2013 and 2014 Astrid Lindgren Memorial Award, the largest children's literature prize in the world.

This portrait of William Shakespeare by Brita Granström was made after visiting the Shakespeare Birthplace Trust and being given a very informative and inspiring tour of Shakespeare’s Birthplace.

Brita says she wanted to capture the humanity of Will but also give him the twinkle in his eye we all know was there!