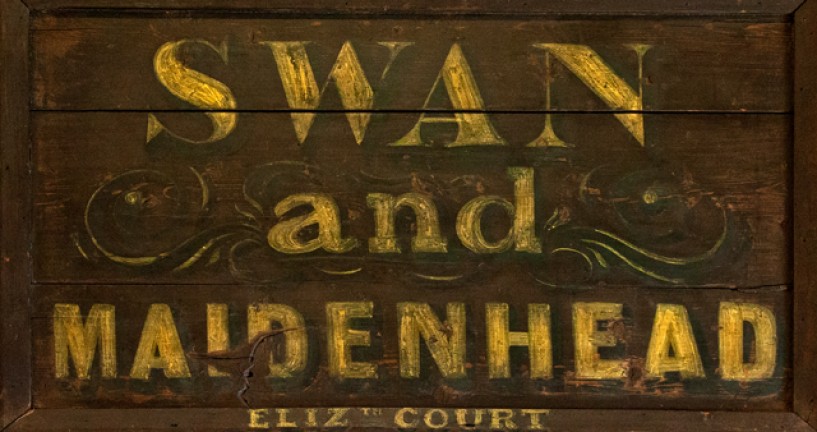 When Shakespeare’s father, John died in 1601 the ownership of the house on Henley Street passed to Shakespeare himself. However, by this time he had purchased New Place on the corner of Chapel Street and Chapel Lane and therefore needed no other home for his family. As a result the main house on Henley Street was leased to Mr. Lewis Hiccox, who converted it into an inn known as the Maidenhead, later the Swan and Maidenhead Inn where this sign originates from. The small, one-bay house to the north-west was put to residential use and by the time of Shakespeare's death in 1616 it was occupied by his recently-widowed sister, Joan Hart – hence the first room entered by visitors on their tour of the Birthplace being known as ‘Joan Hart’s Cottage’. In the 1800’s the Swan and Maidenhead was taken over by a Mr. Thomas Court whilst the rest of the building was used as a butcher’s and private accommodation.