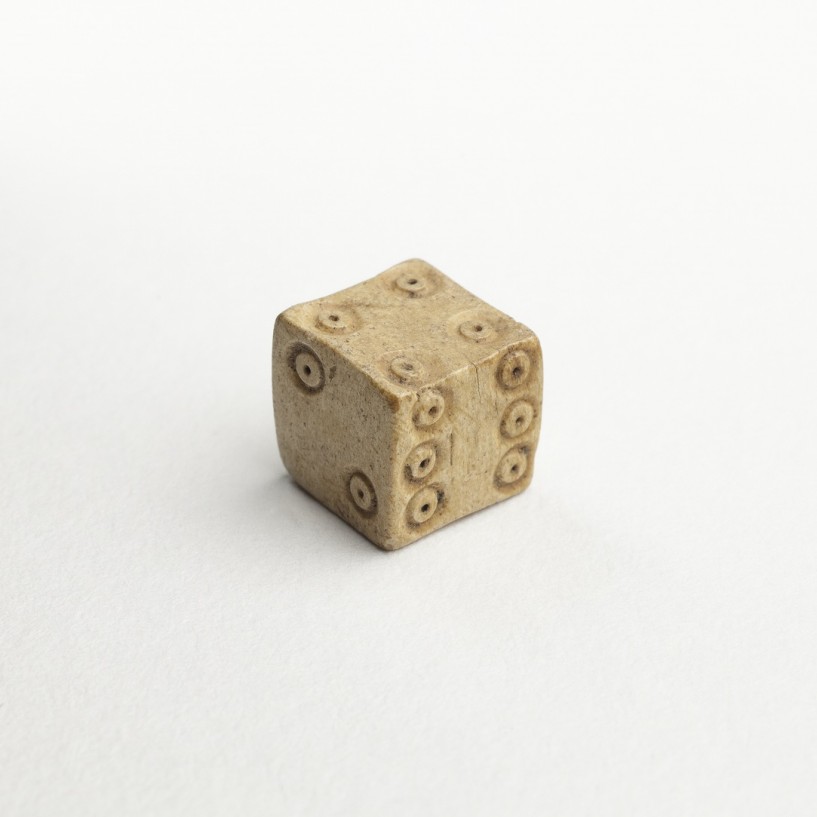 This dice was found at Shakespeare's New place during archaeological excavations in 2010. It is made of bone and is very small - only 7mm accross.

Dice games were extremely popular in the Tudor period.  Shakespeare would likely have played dice games such as Backgammon - known as tables - or Quenes while at home with his family or while entertaining. Dice were also used regularly for gambling, a fact which Shakespeare mentions regularly in his plays.

I like the bone die becasue it is small and cool