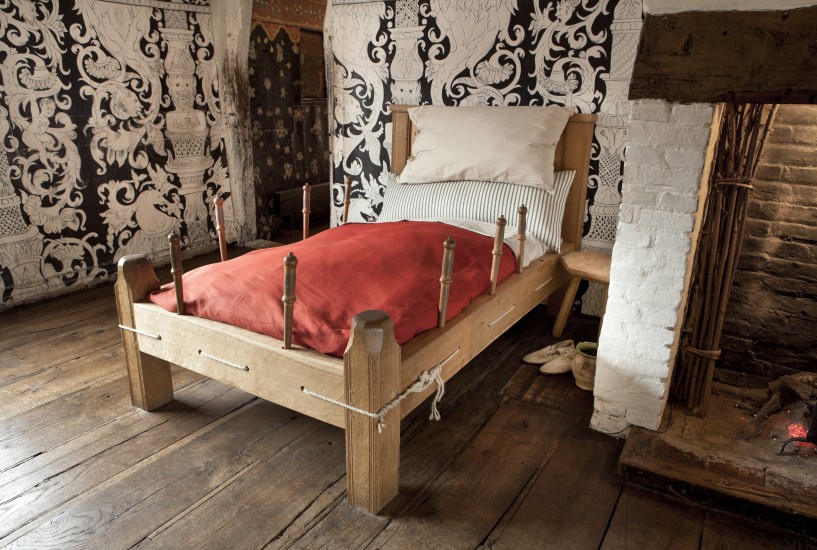 This was possibly William’s bedroom when he was a boy.  He would probably have slept here from the age of about 5. The design on the black and white painted cloth was copied from an original found in the Golden Cross Inn at Oxford. The Golden Cross was an inn where Shakespeare might have stayed when travelling backwards and forwards from London to Stratford. It’s possible that Shakespeare could have seen this particular design.

The bed was different from ours. The mattress was made from straw.

This is a pull out bed where William would have slept till he was about 5.

The boys slept in this bed from the age of five. There are wooden sticks around the bed that keep the mattress pushed in the right direction.

Bed staves are sticks around the bed. They keep the bedding on the bed and stop the children falling out.

The Boys’ Bedroom is where William, Gilbert and Richard and Edmund would have slept. Gilbert and Richard and Edmund were William’s brothers. The design on the black and white painted cloth was copied from an original design, known as Italian grotesque, found in the Golden Cross in Oxford. The Golden Cross was an inn were Shakespeare might have stayed when travelling back and forwards from London to Stratford.

The wall hangings were made from linen, which is a strong material. Tudors had them in their homes to be decorative, show their wealth and keep their house warm. They were the next best thing to tapestry, which the Shakespeare family could not afford. 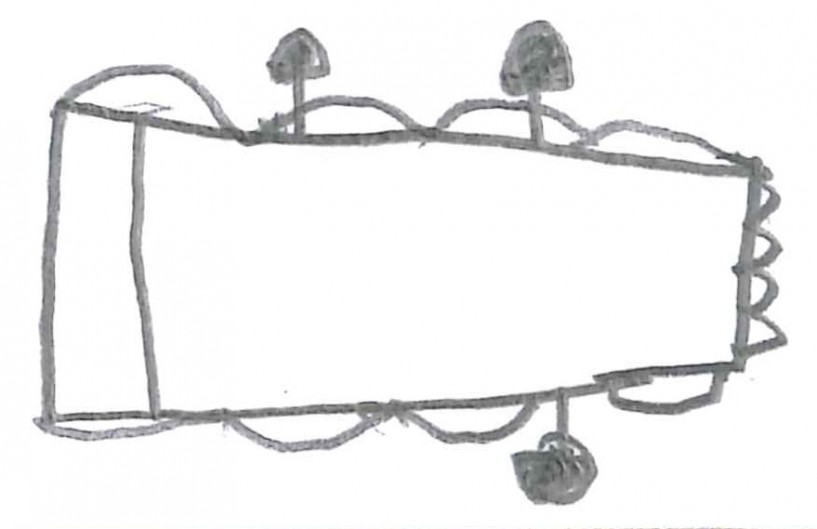 It was a very different bed to what we lie on today. It was amazing how four people could sleep in it.