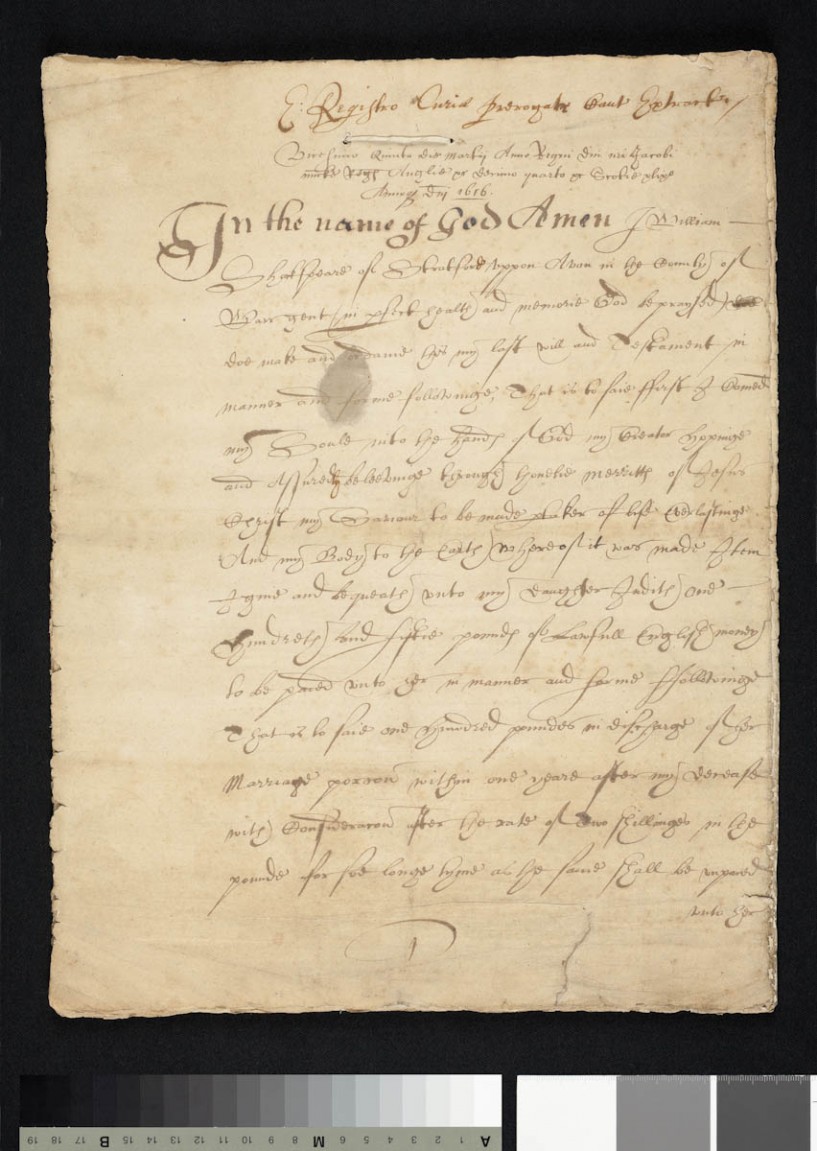 Following Shakespeare’s death, in April 1616, his will was taken to London by his executor, and favoured son-in-law, Dr John Hall, to be ratified at the Prerogative Court of Canterbury (PCC).  There it has remained, as part of the PCC archive, since June 1616.  The will itself provides many fascinating (and much speculated upon!) insights into Shakespeare’s inner circle. It also includes three of the six known surviving examples of his signature.  In our collection we have a contemporary copy of the will.

The will copy is written out in a large clear hand and covers 11 sheets, as opposed to the tightly written and much amended original will, which takes only 3 sheets.  A heading note on sheet 1 reveals that that this copy was made from the register of the Prerogative Court of Canterbury “E: Registro Curia P[re]rogat’ Cant’ Extract” – extract from the register of the Prerogative Court of Canterbury. This copy made the reverse journey to the original will in that it was created (from the PCC records) in London and then taken to Stratford. The ‘will copy’ itself is undated - though the script and paper do confirm it approximately to the first half of the 17th century. There are a number of theories about the purpose and use of this copy: that it was an executor’s copy; or perhaps used in legal proceedings against Shakespeare’s daughter, Susanna Hall, and her son-in-law, Thomas Nash (following Dr John Hall’s death in December 1635); or that it was required in concluding settlements on Dr John Hall’s estate in 1639 or Thomas Nash’s estate in 1647. While the specific function remains uncertain, it is apparent that we are looking at a period where Shakespeare’s original will was still an active legal document and that this copy was most likely used by his surviving family in the decades following his death.  In this way, it provides intriguing glimpses into the personal and financial implications of Shakespeare’s death for his immediate family. 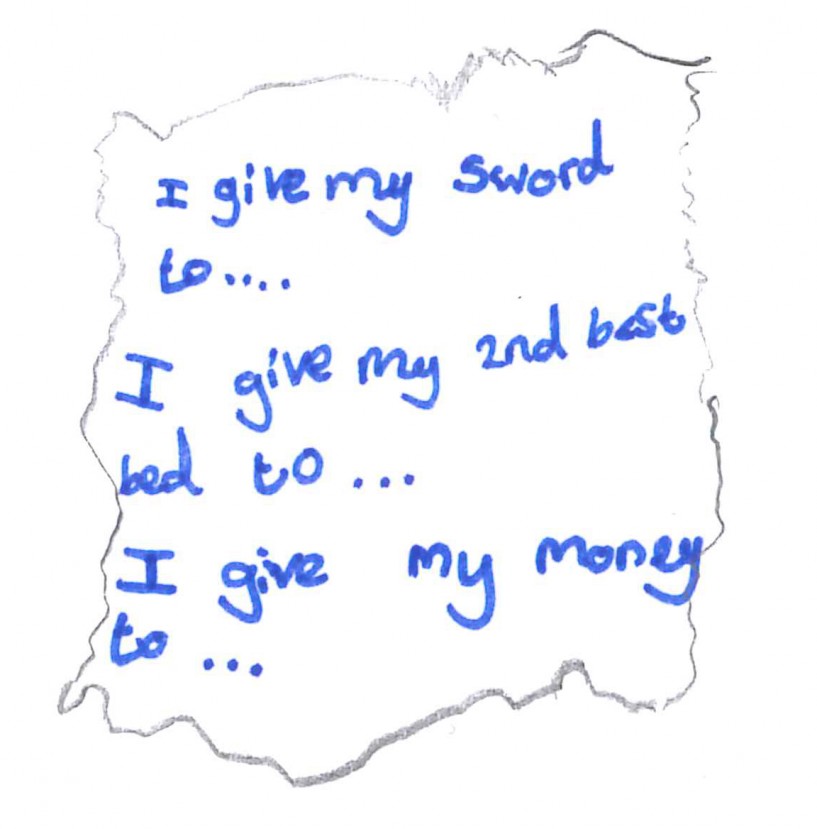 The Will is so important that they made a rule that not one can see it in 25 years! It also says on his copy of the will that he owns a sword and only 10 people in Stratford have one, and only very famous people could have one.

Shakespeare wrote his will in 1616 – the same year he died. He signed in three different places and wrote his name differently each time. He left New Place and most of his belongings to his daughter Suzanna. He left his second best bed to his wife. 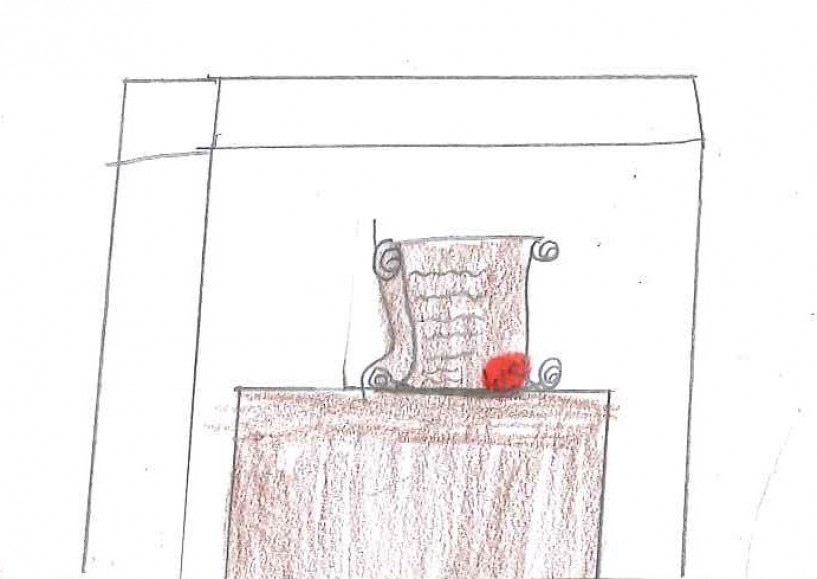