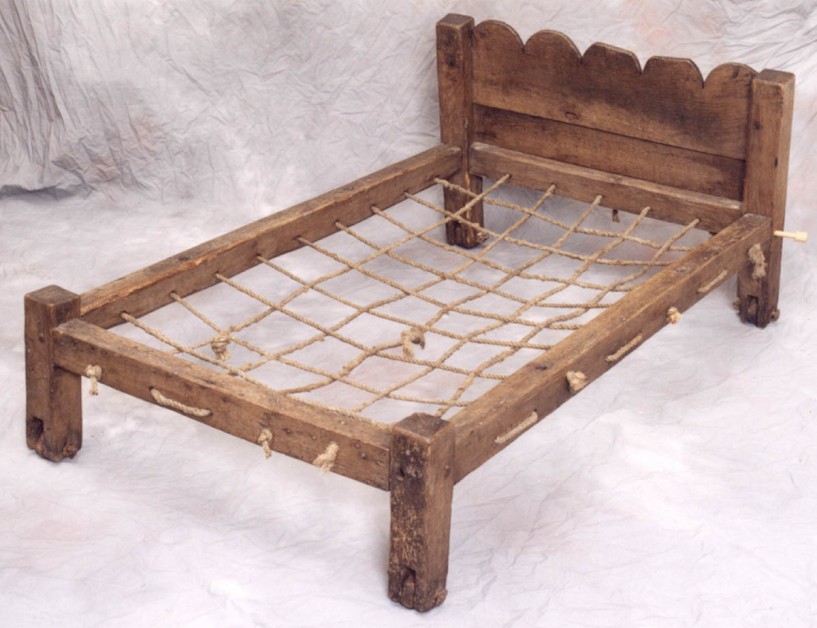 In a household like Shakespeare’s childhood home, children often slept in a bed next to their parents. Truckle beds were stored under the main bed during the day and pulled out at night.  Up to three or four children may have slept in this one bed at one time. Once children reached the age of five or six they would have moved to sleeping in their own beds.  If not occupied by children, servants would often sleep in the truckle bed. 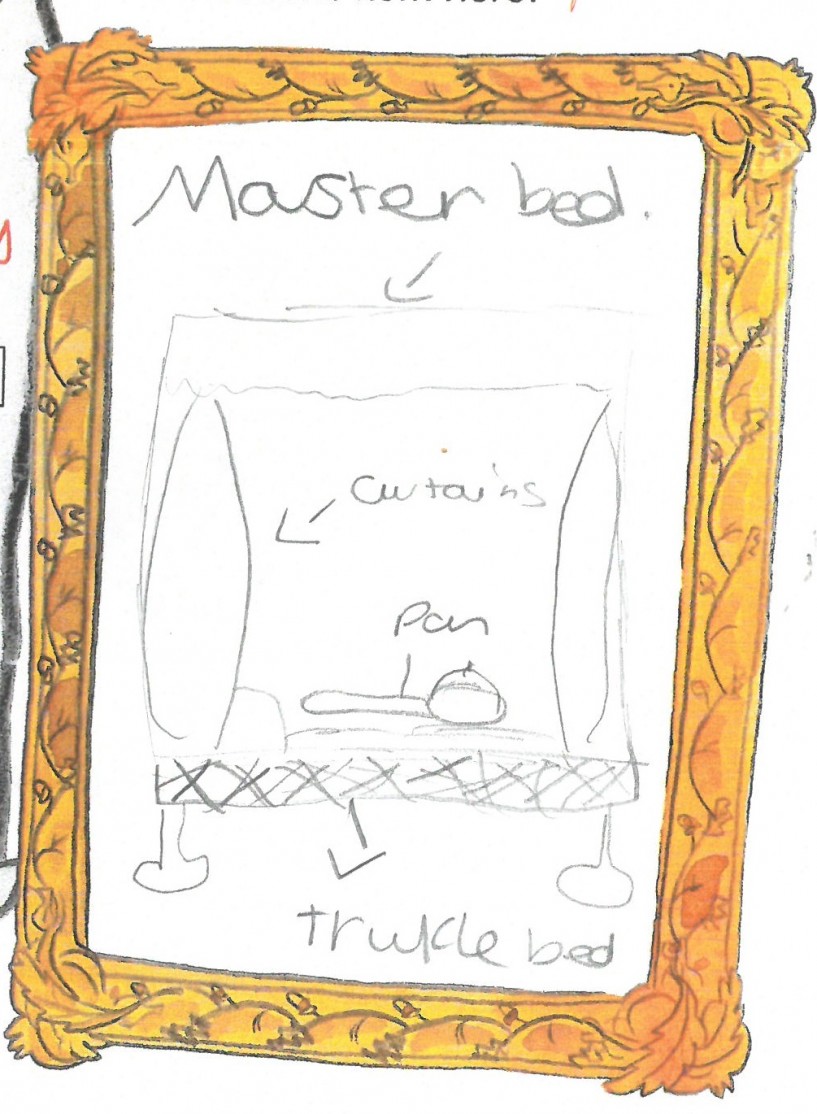 This bed can fit under the parents' bed. Children would only sleep on it until they were about 5 years old. The base was made of ropes and they would use a wooden key to tighten up the ropes to make it more comfortable to sleep on.