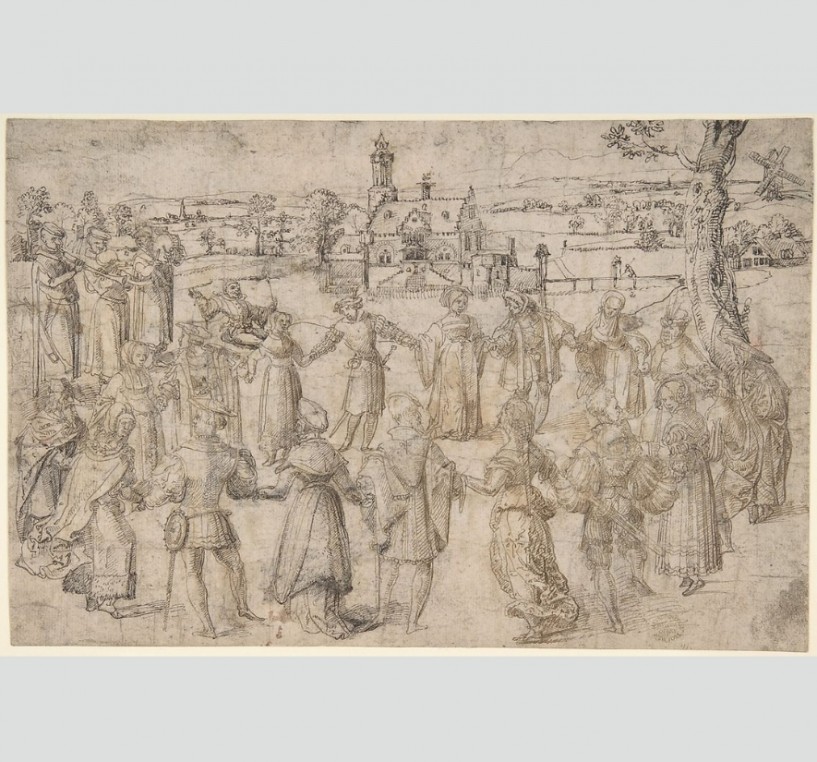 Dance and performance in Shakespeare's time

About Dance and performance

Dancing was an activity that was enjoyed by everyone in Shakespeare’s time. Whether you were rich or poor, male or female, dancing would be an important part of attending social events and celebrations.

Unlike today, men and women were not able to socialise with each other freely. Dancing provided an opportunity for men and women to spend time together and potentially find a husband or wife. In a dancing manual called ‘Orchesography’ (1589), one male character complained that ‘fencing and tennis … placed me upon friendly terms with young men. But, without knowledge of dancing, I could not please the damsels …’.

Dancing was not just to meet a future spouse, it was also seen as a way of ‘preserving health’ and keeping fit. This was particularly important for noble women. Noble women did not have the same freedoms as men, and were not allowed to take part in as many active pursuits like football and tennis. Dancing then provided a socially acceptable form of exercise and recreation for women.

Click here to find out more about Tudor dancing.