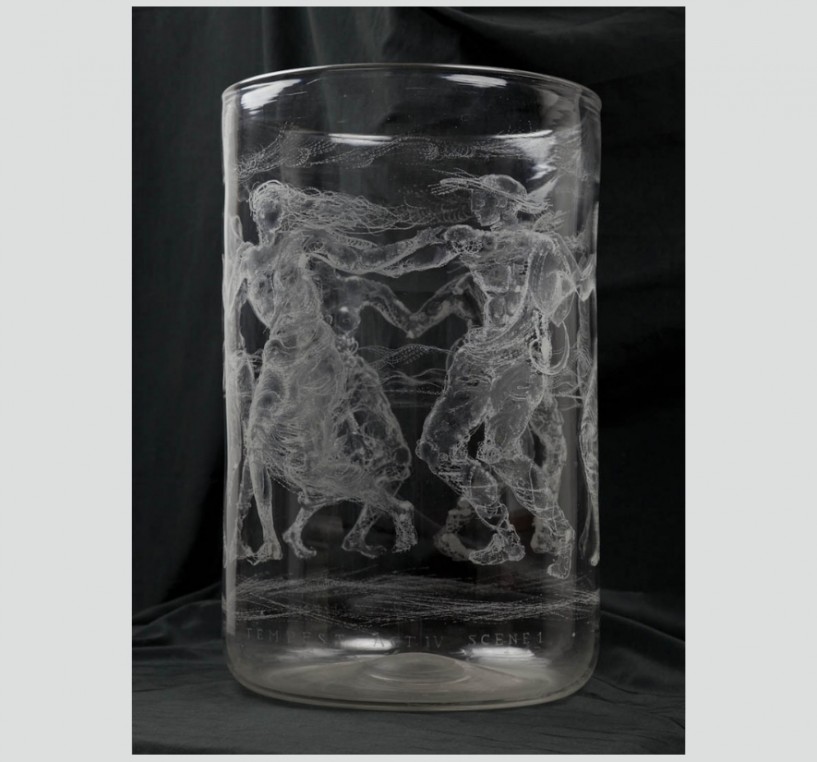 Dance and Performance inspired by Shakespeare

Theatre in Shakespeare's time nearly always included some kind of dance. Shakespeare’s audiences would always expect a ‘jig’ at the end of the play. This was a comic performance that included dance and popular songs. If you see a play at The Globe Theatre in London, the actors will still perform a jig when the play finishes.

Many of Shakespeare’s most well known plays also include scenes in the drama where the characters dance. Romeo and Juliet, for example, features a masquerade ball where Romeo and Juliet first meet.

This vase was inspired by a scene from Shakespeare’s play The Tempest. In the scene, the magician Prospero’s daughter, Miranda, has just married Prince Ferdinand. To celebrate their wedding, Prospero summons nymphs to perform a Masque. The designer, John Hutton, has engraved the nymphs dancing on this vase.

Click here to learn how to dance Tudor style with this activity that teaches you a Tudor circle dance.