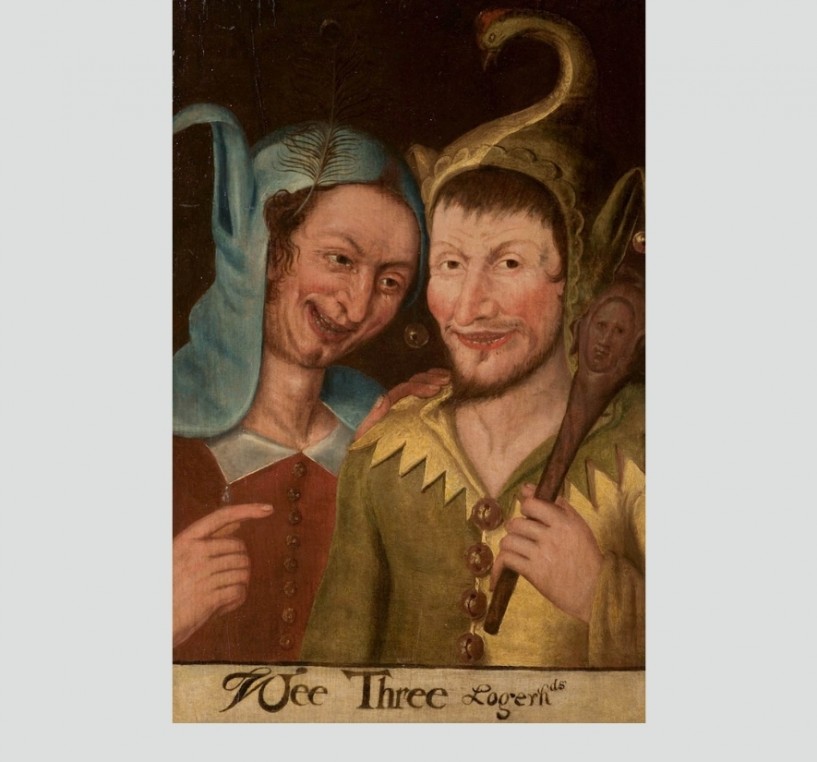 Dance and Performance - Jesters and Fools

The jesters in this portrait are thought to be Tom Derry (left) and either Archibald Armstrong or Muckle John. Tom Derry was a ‘fool’ employed by King James I and his wife, Queen Anne. It was common for royal and noble households to have a fool during the Elizabethan and Jacobean eras. The Jacobean era means the years in which James I reigned (1603-1625).

Fools were employed to entertain the household with songs, music, storytelling and jokes. Often their jokes and stories were about people or events that were well known to their audiences, like members of the aristocracy or people at court.  Some jesters would also entertain with acrobatics, juggling and performing magic tricks. Like in this portrait, jesters and fools were recognisable by their motley (brightly coloured clothing) and silly hats and headwear.

It wasn’t just in wealthy households that jesters performed. Jesters would also travel to folk fairs and town markets to perform for lower class people.

The word ‘fool’ is from the Latin follis, which means "bag of wind" - so most people knew not to take what they said too seriously! This is an image of the 'Fool's dance' from Joseph Strutt's 'The Sports and Pastimes of the People of England' (1898). In the illustrations you can see the fools dressed in their characteristic motley and bells.

Click here for a fun art and craft activity.