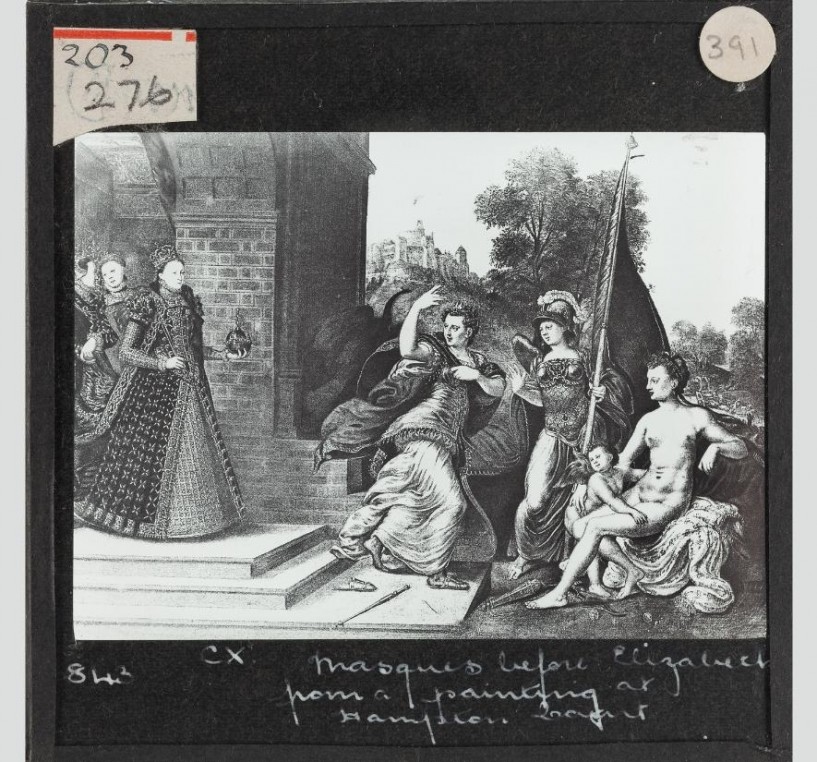 The royal family and the noble classes in Shakespeare’s era would have had their own type of entertainment at Court. Kings and Queens across Europe would try and impress each other with elaborate tournaments, pageants and masques.

Tournaments would involve wealthy young noble men competing in jousts and sword fights.The idea of these tournaments was to show off your wealth through elaborate costume and weaponry, and there were strict moral codes to stop men from really hurting one another.

Courtly entertainment would not be complete without a pageant. Tournaments often started with the competitors entering on ‘pageant cars’. These were elaborate carriages shaped as mythical animals, castles or ships that monarchs and nobles would arrive in to celebrate their wealth and power.

Another form of courtly entertainment that was popular with Elizabeth I and James I were Masques. This image shows Queen Elizabeth I watching a Masque at her royal court. Masques were performances where actors would appear in stunning costumes as figures from mythology and literature. They would dance, tell stories and sing to entertain the Court. Often nobles and monarchs would join in the performance, usually playing non-speaking parts.

Women and girls were not allowed to be actors but they were allowed to take part in Masques. For Tudors and Jacobeans, an actor was someone who has spoken lines in a performance, and it was illegal for women to do that. In Masques, women could participate by dancing and singing.

Click here for an activity to make your own mask.