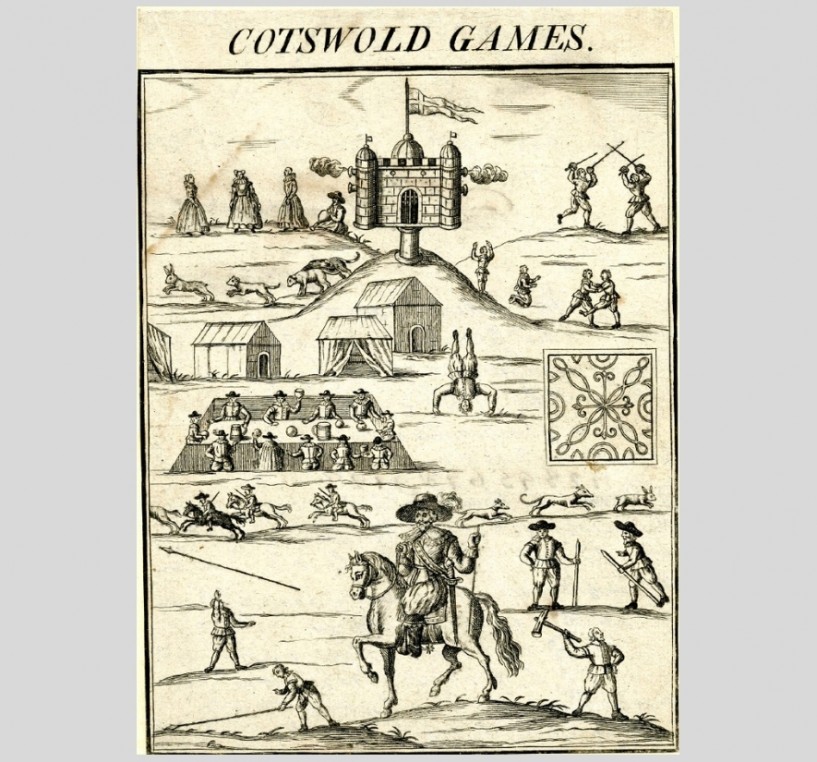 About the Cotswold Olympick Games

The Cotswold Olympick Games were an annual event held on the Thursday and Friday of the week of the Christian festival, Whitsun. They took place near the town of Chipping Campden in Gloucestershire.

No one is certain what year the first Cotswold Olympicks took place, but historians think it would have been between 1601 and 1612. The games were organised by a lawyer called Robert Dover.

Robert Dover sought approval from King James I (1603 -1625) to hold the games. James I was happy to say yes as the King had written that he wanted to delight the common people ‘with public spectacles of all honest games, exercise of arms’ to promote good feeling towards him.

The games Dover organised were just the sort of ‘honest games’ and ‘exercise of arms’ that the King had written about. Events included horse-racing, running, jumping, dancing, sledgehammer throwing, sword fighting and wrestling. Rich and poor people could attend and compete, bringing different parts of society together.

Can you see the wooden castle in the image? Known as the Dover Castle, this wooden structure was built with working cannons. The cannons were fired to begin the events. "I love this image of the Cotswold Olympick Games, it is so bold and clear. I also like the way that the artist has used a lack of perspective to get all the different events onto one page, giving the feeling that there will be something to please everyone. It tells you everything without the need for words, which would have been important in Shakespeare’s time as so few people could read or write."

Click here if you want to explore Marcia's poster further.