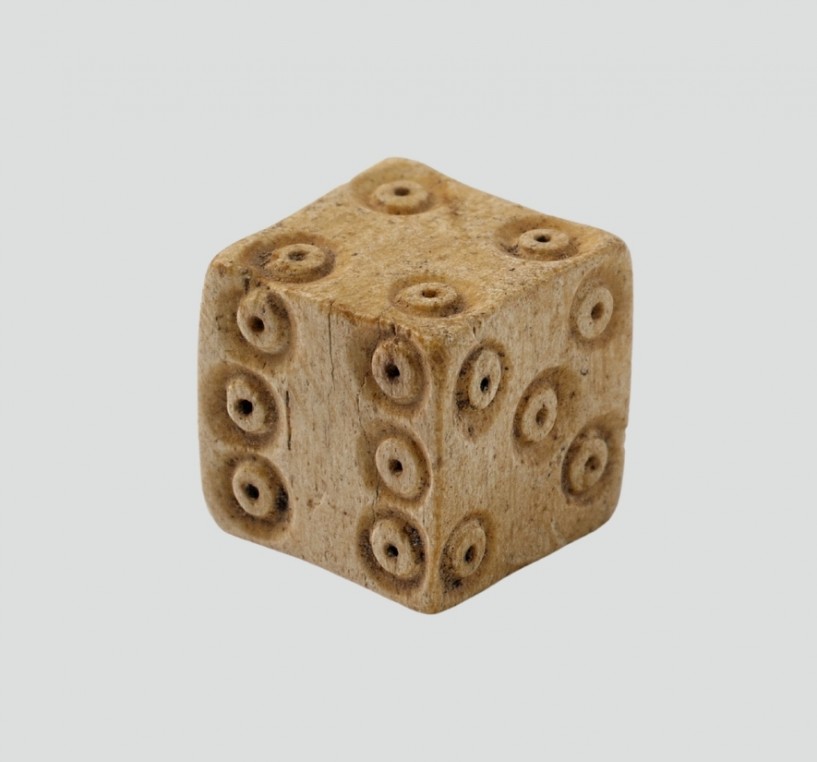 The Tudors and Stuarts enjoyed playing games of chance with dice, cards and marbles, as well as board games like Nine Men’s Morris.

However, since the Middle Ages, there had been strict laws about who could take part in these games and when they were allowed to be played.

Kings like Henry VIII wanted their subjects to dedicate their time to archery and other military type activities. In 1541, in order to stop people getting distracted by dice and card games and sports like football and tennis, King Henry made them illegal with a law called the ’Unlawful Games Act’.

If you were a member of the gentry or nobility with an annual income of £100 you were still allowed to play. Everyone else was only allowed to play these games and sports during the twelve days of Christmas in their own homes.

If you were caught playing a dice or card game outside of Christmas, you would have faced a big fine (£1)!

It took over 300 years for this law to be fully changed to make all the games and sports legal again. Football was still technically illegal on Christmas day until 1960 (although, as this was such an old and silly law, nobody really followed it).