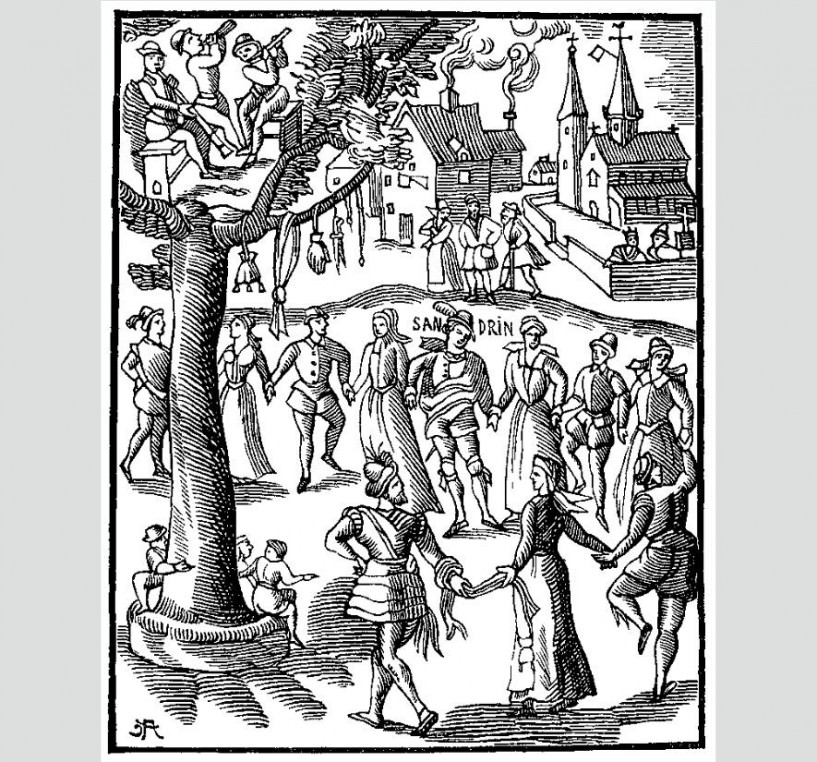 Games and Festivals - The May Day Games

The May Day Games

The May Day games were celebrated annually at the start of the spring to welcome the new season. The idea of welcoming the spring is very ancient. There is evidence that the Romans also had a May Day celebration where they honoured Flora, the goddess of flowers and spring.

The way the May Day games were celebrated changed over time and depending on where you lived. Typically during the Tudor times, May Day was celebrated at the start of the month of May. The celebrations could go on for several days. One year in London, the celebrations lasted a whole month!

Some of the most common celebrations included the young people in the parish waking up at midnight and going to their nearest woodland accompanied by music and the blowing of horns. In this tradition, the boys and girls would break down branches from trees and create nosegays (a small bouquet of flowers) and flower crowns. As the sun rose, they would take their creations back to the centre of their village or town and celebrations would begin.

Often celebrations would include young people dancing around a Maypole and Morris dancers welcoming the coming of the warmer seasons with cheerful dances and costumes. A Lord and Lady of the May might also be chosen. The Lord and Lady would be decorated with ribbons and scarves and preside over the games. There would also sometimes be archery and displays of swordsmanship during the day, and stage plays and bonfires in the evening.

The May Day games were not just for people living in rural villages. Kings and Queens would also join in the celebrations. There is evidence that Henry VIII (1509 – 1547) really enjoyed putting on May Celebrations and even surprised one of his wives by dressing up as Robin Hood!

Did you know that we still celebrate May Day today? We have a bank holiday on the first Monday of May that is sometimes called ‘May Day’ and you can still see Morris dancers welcoming the spring. "It is believed that one of Henry VIII’s wives, Katherine of Aragon, used to creep out early on May Day morning with her ladies-in-waiting and dance naked in the dew. She believed that the dew would make them more beautiful and give them flawless complexions.

I have never tried that, but when I was at boarding school we used to get up early on May Day morning and wash our faces in the dew certain that every blemish would disappear! Then we’d all rush back inside and stare into a mirror, hoping to see our future husbands standing behind us.

I’ve drawn a cartoon of the only person I ever saw behind me - our headmistress! She was very scary and often waved a hairbrush at us as though to strike us, but she never did. I think seeing my future husband, or even a ghost, would have been preferable." “When I read about Catherine of Aragon creeping out and dancing in the dew, it reminded me so much of my May Day mornings at boarding school. I had a group of friends rather than her ladies-in-waiting and, although we didn’t dance naked, we were terrified of being caught! So I thought I’d draw that moment when I was back in my dormitory and sure I was going to see my future husband but, horror of horrors, there was my headmistress!”

“I wanted her to be big and scary so I have exaggerated my smallness and put her at the front of the picture. I have also shown that even the mice were scared of her! She used to threaten to whack us with her hairbrush, so that’s not there for brushing her hair!”

“I love being an illustrator, it is such fun working out how to tell a story just with pictures and no text. It’s very hard to tell a whole story just in pictures, but I love trying!”