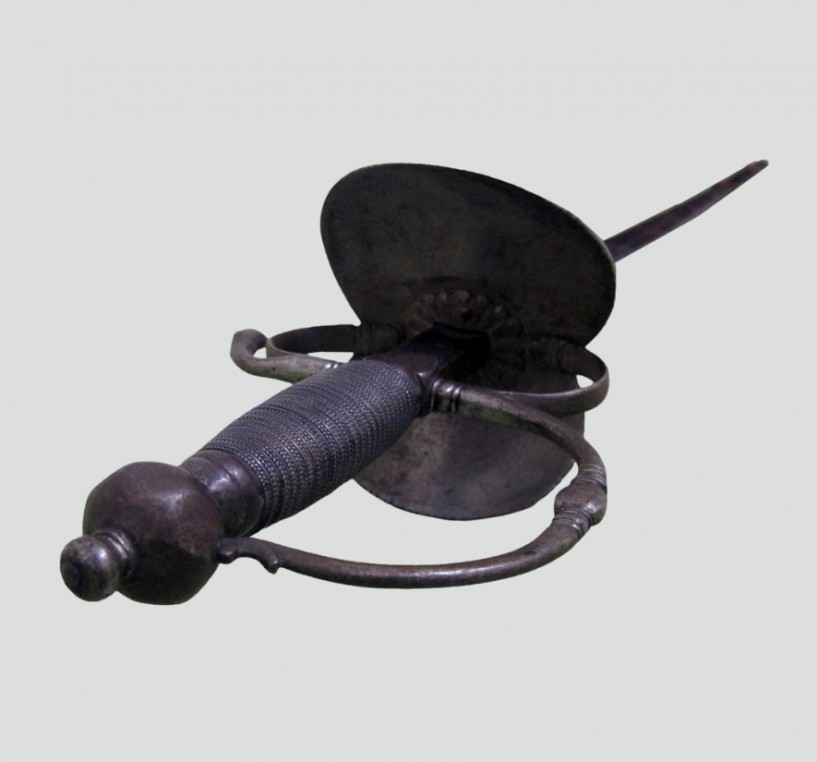 Fencing is the ‘art of using a sword or foil in attack or defense’.  It most likely originated in Spain, and started to gain popularity in England in the 1530s. Fencing during Shakespeare’s lifetime was about preparing for combat and learning self-defence with a sword, rather than being a leisure pursuit or sport like today.

The type of sword you see here is a rapier. A rapier is a long-bladed, double-edged sword with a protective hilt (the handle of a sword).  As the rapier was light-weight compared to traditional broadswords, it could be used for quick and nimble swordwork. This kind of sword was very popular throughout Europe and became a fashionable weapon to have during Shakespeare’s lifetime.

After Shakespeare’s death, rules for fencing were established. This shifted fencing from a way to prepare for battle to a sport. Today, you can watch fencing in the Olympics. Modern athletes use foils and épée (light, flexible swords with a blunt tip) that were developed over time from rapiers like this one. This is an image of two men 'sword-dancing' from Joseph Strutt's 'The Sports and Pastimes of the People of England' (1898).

Click here if you want to learn more about fencing and try out some cool moves in a fun game.