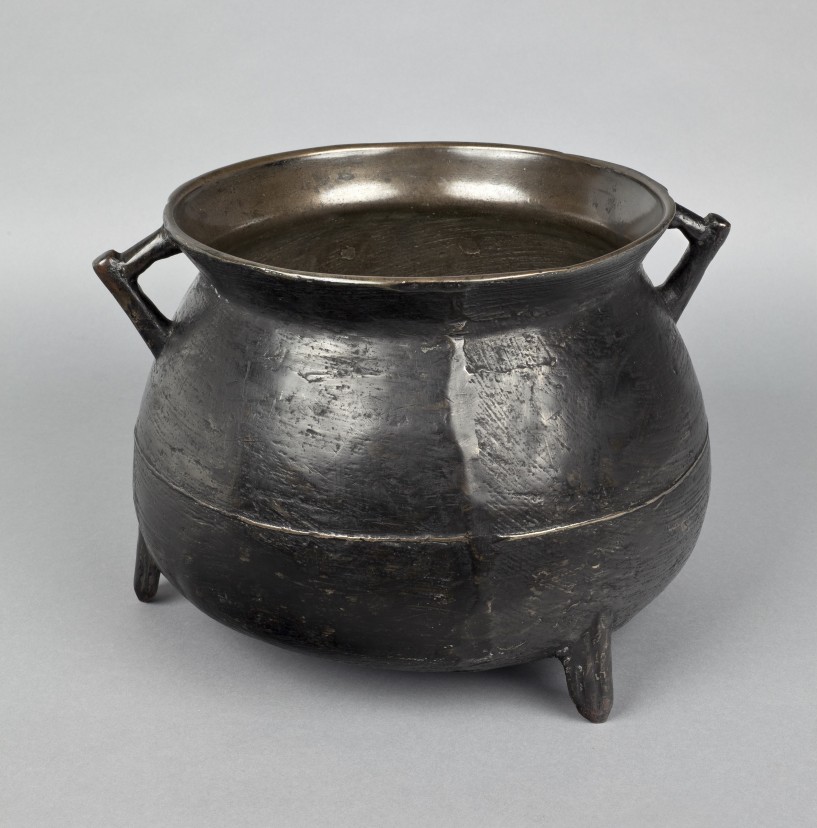 Today they conjure up images of magic, and in the case of Shakespeare, the three weird sisters in Macbeth, but cauldrons were in fact everyday items. They were used in the kitchen for cooking; they could be found in any normal fireplace. They could also be for preparing medicinal remedies.

This small cauldron was made in the seventeenth century from copper-alloy, and has developed a dark brown patina. It measures about 25 centimetres across and 20 centimetres tall, with a rounded body - known as a "sag-based body" which stands on three squat feet. At the top is a wide rim, attached to which, either side, are small angular handles. While the inside of the cauldron is smooth and quite shiny, the outside is duller, marked and pitted with blowholes from when it was cast.