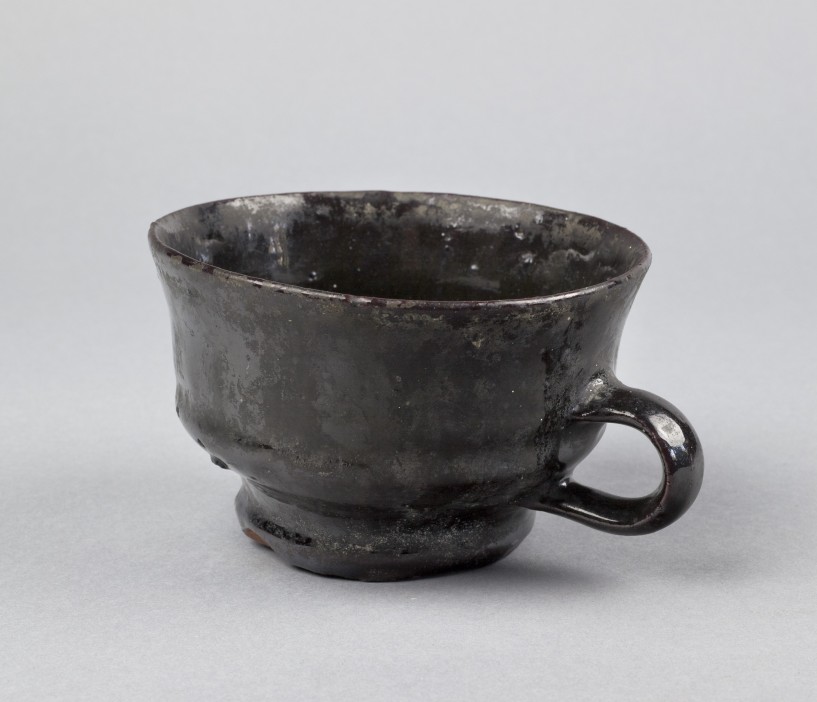 “What art thou, keeper? Give me a cup of wine.”

Shakespeare mentions cups and drinking many times in his plays - this call from the Duke of Clarence in Act I, Scene 4 of Richard III.

This simple, elegant earthenware cup dates from the seventeenth century, and has a distinctive black glaze. It looks more like a modern day tea-cup than something to drink wine out of. The cup is wheel-turned from a narrow foot, widening to a straight-ish body and then flaring slightly at the top to create a lip. It's about 7 and a half centimetres high, and 10 and a half centimetres at its widest. A small, rounded handle is positioned low down on the cup.

These were often a ‘Tudor Green’ - a colour achieved by using a copper green glaze over buff coloured clay. In the more northern counties the dark red clay was hard-fired and glazed to a glossy dark brown or black. The name ‘Cistercian ware’ comes from the fact that it was originally uncovered and identified in Cistercian monasteries in York.