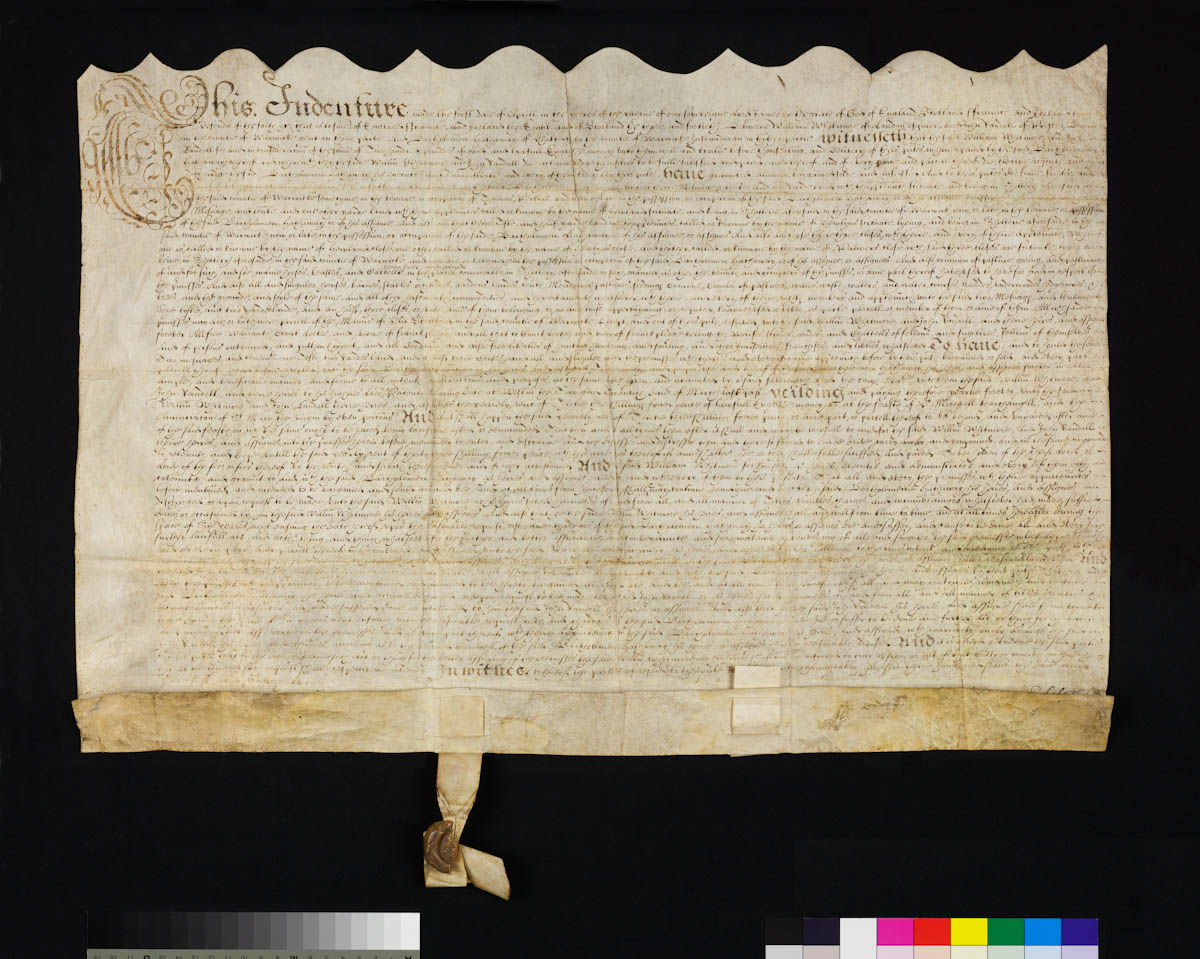 Feoffment from William Whitmore of London, esquire, and John Randoll of Preston Bagot, gentleman, to Bartholomew Hathaway of Shottery, husbandman, of land in Shottery in his own tenure, a messuage and yardland sometime in the tenure of Thomas Perkins, a messuage and yardland called Hewlands, a toft and half yardland called Hewlyn's and three closes called Hewland's, Hewlyn's and Palmer's, with common of pasture in Shottery; to hold at the annual rent of 33s 4d.