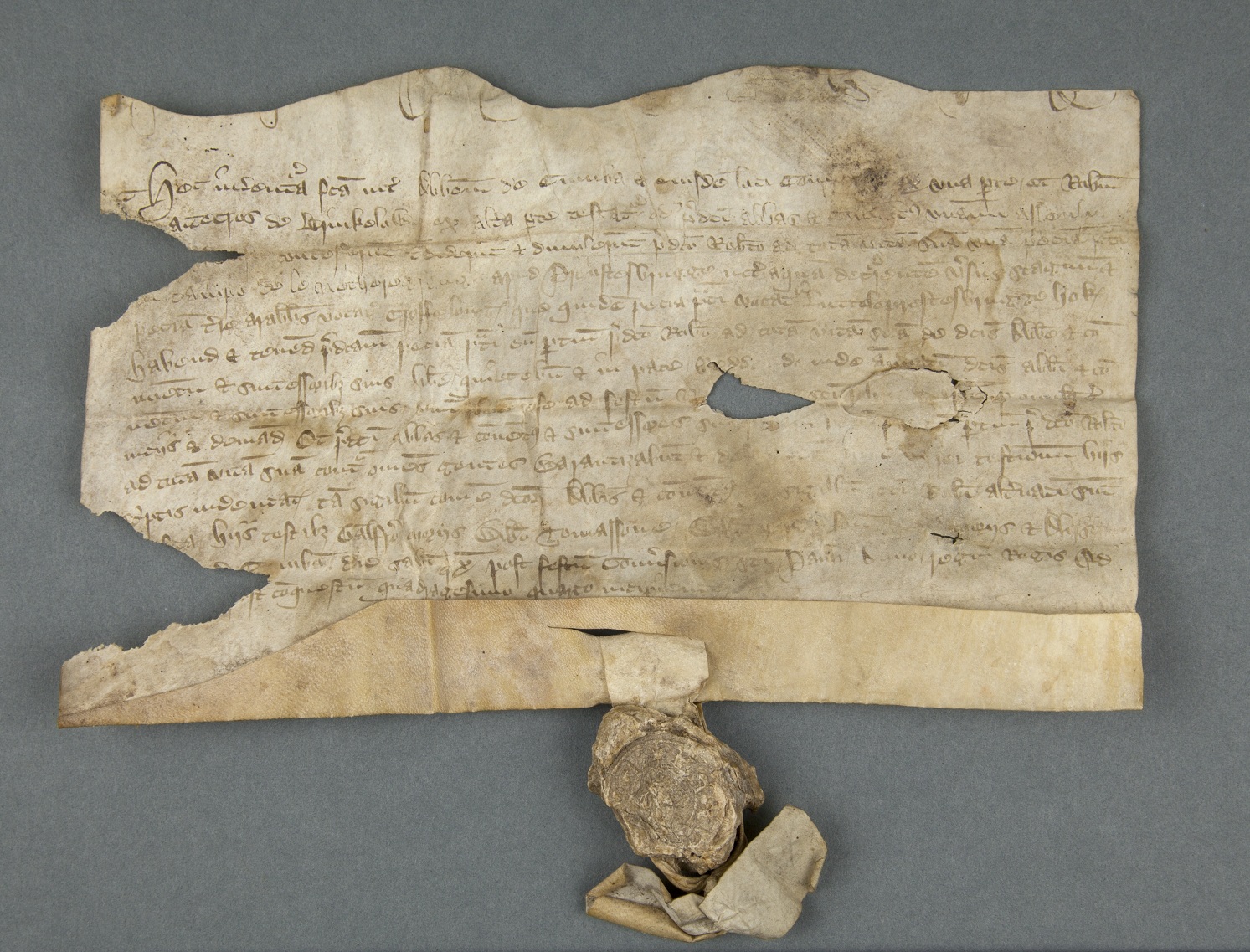 Demise with warranty from the Abbot of Cumba and the Convent of the same place to Robert Attecros of Brinkelowe of one piece of meadow in the field of Le Nethergrene at Prustebrugge between the water course towards the pool and a piece of arable land called Crosforlong'; which piece of meadow is called Lutteleprestes bruggehok'; to hold the same for the life of the said Robert rendering annually to the said Abbot and Convent and their successors one red rose at the feast of the Nativity of St. John for service. Witnesses: Geoffrey Morys, William Tomassone, William Margerieson, Henry Morys and others. Dated at Cumba' on Saturday next after the feast of the Conversion of St. Paul 44 Edward [III] (26 Jan 1369/70). Seal on tag: circular, white, damaged. ? A ram's head. Legend: indecipherable. Endorsed: i) De ten' Roberti attecros redd' per [annum] i flos rose. ii) Litulbrege hooke iii) Lytle Prestes bridg hooke [AG]