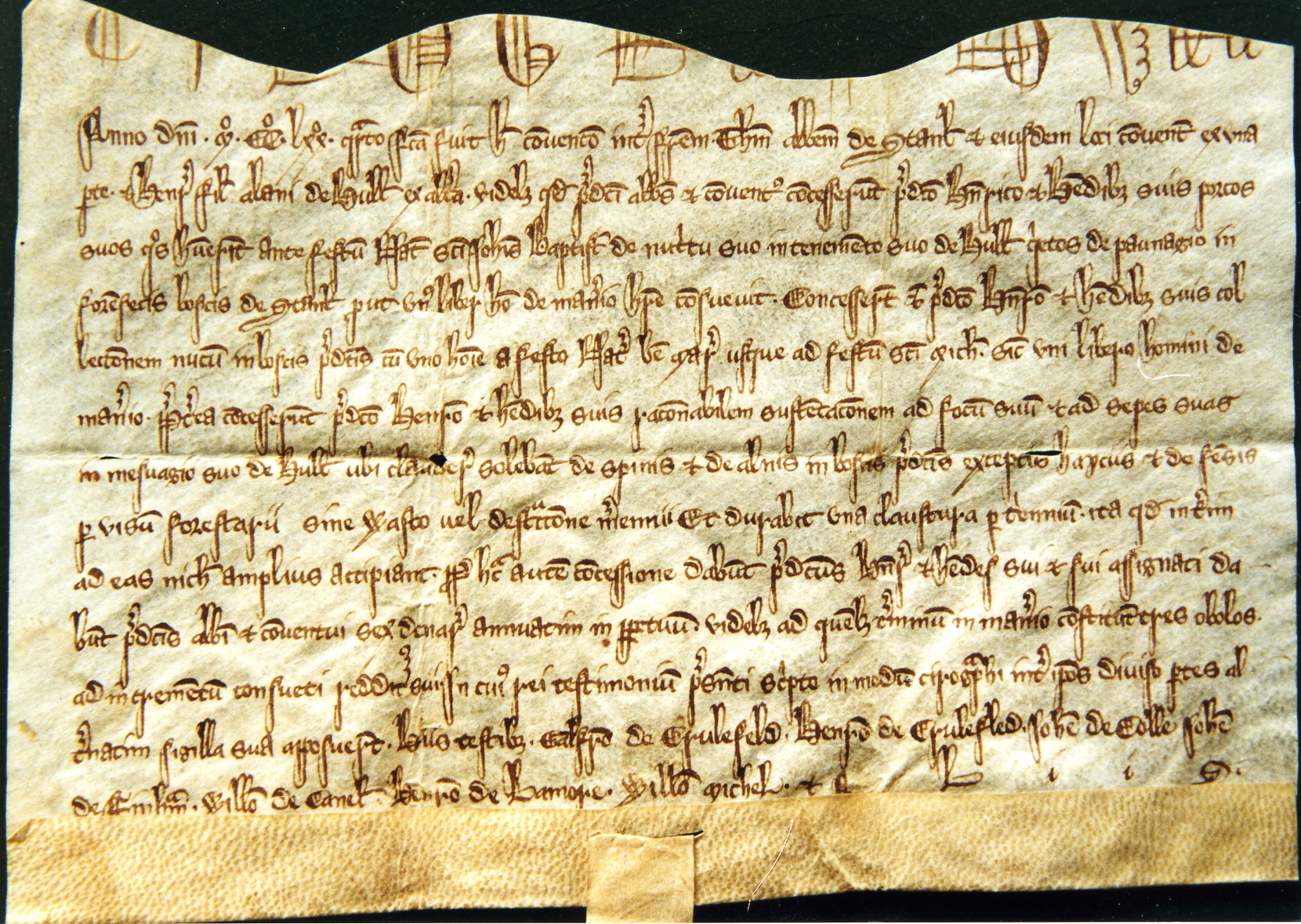 Gift from Brother Thomas (de Onlswescote) Abbot of Stanl', and the Convent of the same, to Henry son of Alan de Hull' and his heirs of their pigs which they should have before the feast of the Nativity of St. John the Baptist for their nourishment in their tenement in Hull', quit of pannage in the foreign woods of Stanl', even as one free man of the manor was accustomed to have; with the further grant of the collection of acorns in the woods aforesaid with one man, from the feast of the Nativity of the Blessed Mary to the feast of St. Michael, as for one free man of the manor; and moreover they grant to the aforesaid Henry and his heirs reasonable sustenance for his hearth and for his hedges in his messuage in Hull' where they were accustomed to enclose with thorns and alders in the woods aforesaid except the hedges and ditches, by the view (per visum) of the Forester, without waste or destruction of timber. And one enclosure should last for three years and in the meantime they should receive no more; and for this the said Henry and his heirs shall give to the said Abbot and Convent 6 pence annually for ever. Witnesses: Geoffrey de Crulefeld, Henry de Crulefeld, John de Colle, John de Finham, William de Canel', Henry de Lamore, William Michel and others. Dated: 1274 Seal on tag: a pointed oval, white. The Abbot of Stonley holding his crosier between the sun and moon. Legend: SIG[ILL' ABBATIS] DE STANLEIA. Endorsed: i) Contra Henricum filium Alani de Hull' de ?stonerio suo in bosco [contemp.] ii) Suffoke vi supd; chieff. [AG]